Steve Jobs once quoted “Deciding what not to do is as important as deciding what to do”. We spend a major portion of our life planning things to be done at a specific time, at a particular age and undermine setting boundaries for ourselves and pondering upon things that should never ever be done.

Get a tattoo of someone’s name

Each one of us must have came across people claiming to be lovers and inscribing bae’s name on their bodies, only to regret later. The tattoo continue to exist as a relic post-breakup, only to be altered later or exist for a lifetime. Are relationships too feeble to require a tattoo to proclaim the love?

8 Travel Tattoos For The Traveler In You!

Murder in lieu of a sin is no answer. You doesn’t just murder the other person, you kill their own soul in the process. Let authorities deal with any sort of artifice. Furthermore, you wouldn’t want to end up in prison.

To escape the reality and to keep the anxiety and boredom at bay, people tend to indulge in drugs like heroin and cocaine and eventually are physically and mentally dependent on them. Till the time realisation hits, it’s too late.

A hell lot of things can go wrong here and have went wrong costing the death of many.  You haven’t worked so hard in life to eventually fall bait to a shark.

Travel Dares To Attempt In Your 20s

One might underestimate how vital the eyebrows are in your overall manifestation but once devoid of them, it alters your overall impression, to completely undesirable.

Have sex with a stranger

How much ever wild and cool it sounds, it’s a risk in numerous ways. The risk of STDs always follows and sometimes the intentions of the stranger can be worse, like being a serial killer, a kidnapper or a human trafficking mastermind. People struggle to trust the ones they know and here you are planning to put your faith in a stranger.

6 Saucy Reasons Why You Should Travel With Your Ex

WWE fanatics adore the show and really jump from out of their seats in excitement, enacting their favorite superstars. An enthusiasm of another world unleashes from the fans as players beat each other brutally. The components of the show such as Action, drama and pain excite the audience but to reenact the same in reality would just inflict pain and you might have to spend the rest of their life in a hospital.

Though it needs dedication and commitment to work unimportant, it is still important to not turn into a complete workaholic. Relishing a holiday and reinventing yourself is crucial. Take out time to be with your loved ones, meet new people, experience the zest of life, after all God didn’t provide us with just one life to work endlessly.

Go on a crash diet

Overnight success draws us all and the sole idea of losing weight rapidly elicit instant action without acknowledging the aftermath. Expect worse from crash diets commencing from slow metabolism, deprivation from essential nutrients, weakened immune system, dehydration and atop of this, future weight gain, wreckening all your efforts.

Contradictory to a humdrum life that we all endure, life is all about enlightenment about things unknown to us. Life’s an expedition in quest of exploring ourselves and the world around us. Never stop learning.

The prime cause of so many catastrophes in our lives. A majority of folks penetrating our lives need not be trusted and may not be our well wishers. Trust yourself because you are your own best friend.

It’s imperative to place a periphery around your actions and adjust them according to your anti bucket list to not fall into any trap. 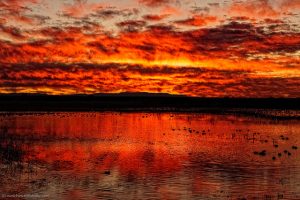 5 Countries That Travelers Should Avoid
August 3, 2016