Provide us a few details and we will jump into it right away!
Personalise your trip 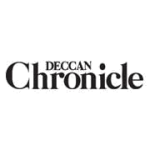 A German speaking country, Austria is a mesmerizing `piece on planet earth that is steeped in intriguing history, rich and variegated art and marked by picturesque beauty that boasts of stunning mountain villages, alpine terrains that are hotbeds for winter sports and incredible baroque architecture. Strauss, Mozart and Sigmund Freud are some of its remarkable residents that have added colour and magnificence to its history. Its incredible looking palaces, cobblestone streets, vineyards, lakes, alpine beauty and serene rivers draws travellers from around the globe.

Let’s see what could be the highlights of Austria Holiday Packages.

Hofburg Palace, Vienna: The spectacular Hofburg Palace in Vienna was the seat of Austria’s monarchy, the powerful Habsburgs for centuries, now the same used for conducting state business by the President. Highlights include the Imperial Silver Collection and an array of dining services offering you tastes of lavish imperial banquets, the Sisi Museum, educating you on the life & times of Empress Elisabeth; and the Imperial Apartments, once occupied by Emperor Franz Joseph and his wife.

A must inclusion in all Austria Holiday packages, On Vienna’s outskirts lies a World UNESCO Heritage site, the Baroque Schönbrunn Palace of the early 1700s, later converted into a summer residence by Empress Maria Theresa that consists of 40 rooms of which open to the public are the Royal apartments, the Great Gallery, with its ornate ceiling paintings; the Million Room; Maria Theresa’s salon, and the Hall of Mirrors, with its gold Rococo-framed mirrors.

The capital of Tirol is situated in the picturesque Inn Valley. Innsbruck is a  historic town encircled by high mountains that makes it an excellent and famous winter sports ground: it even has hosted a few Winter Olympics. Today, you can spot a number of historic monuments and buildings that have thrived since the turbulent historic years as well as enjoy its bustling urban life.

Admont Abbey Library: This is the largest monastic library in the world, a stunningly crafted and beautifully kept. Its highlight is the rococo library although the entire complex is overwhelming in itself.

Eisriesenwelt: The biggest ice cave in the world is simply adored by tourists as it offers some really cool sites to explore and since it is easily accessible, it makes for a big hit.

Salzburg: Another must inclusion in Austria Holiday Packages is the picturesque quaint old town of Salzburg.  The historic city has a lot culture and history blended together well nestled in an pictueque setting. The iconic “The Sound of Music” was shot in this town and it has always been famous as the birthplace of Mozart. Other highlights of this town are the Hohensalzburg Castle, its festival theaters and St. Peter’s Abbey.

The Grossglockner: On the very divide between Carinthia and the Zillertal Alps of the Tyrol soars the mighty Grossglockner to a whopping 3,798 ms above sea level. The mountain is today the second most popular tourist attraction in the country after Schönbrunn in Vienn, hence a religious  inclusion in Austria Holiday packages.. People come to hike in the gorgeous Alpine landscapes all around the peak and traverse the iconic High Alpine Road.

Zell Am See: Austria’s quintessential lake town, Zell Am See is everyone’s favorite, south of Salzburg with its shining cobalt blue waters on the edge of the mighty Hohe Tauern ranges. It has become a veritable outdoorsy paradise allruing millions of adventure travelers each year with the promise of some of Austria’s finest hiking, sailing, mountain biking, driving and definitely skiing. This fabulous town also boasts seriously handsome centre of ice-cream coloured chalets that will make you compleltely fall in love.

Finkenberg: You can find this charming little Tyrolean town flowing down a hillside in the depths of the magnificent Zillertal Valley embellished by evergreen Alpine peaks during summers. And aside from its pretty appearance,  the mighty Hintertux glacier offers year-round snow sports and amazing panoramas over the Trentino-Alto Alps in Italy.

Hallstat: Less known, Hallstatt is a stunning village on Lake Hallstatt’s western shore in Austria’s mountainous Salzkammergut region. Its 16th-century alpine houses and alleyways are home to cafes and shops and is often hailed as the single most beautiful town in the entire Austria.

These are just some inclusions in Austria Holiday Packages. The country is beautiful than words could possibly describe, hence to know its essence, beauty culture and history, book a trip right away.

Dos and Don’t of Austria:

You Can Drink Water Straight From the Toilet:

Okay that sounds gross, but that is how good the quality of water is in the country. Austria’s water is rated among the top 5 best drinking water in the world. So yes, maybe if you are thirsty you cmay walk into a washroom and drink from the sink unless you spot a sign reading  “Kein Trinkwasser” (no drinking water).

There are no hidden fees

Unlike in most countries today, taxes are included in the displayed price. That takes care of restaurant menus, stores, supermarkets and others. Austria goes by what you see is what you pay.

It may look like Austria’s public transportation is free as everyone seems to get on and not pay. It is s actually operated on an honor system. If you are caught without a ticket, you may have to offer a fine around 80 Euros.

Austrians Not Equal to Germans

It’s like comparing Canadians with Americans. They may have some similarities but they are so not the same. Austrians are a proud bunch of folks and put a lot of value on their own heritage. So kindly refrain from calling them Germans or the story just begins. You have been warned!

A blessing for smokers, a nightmare for the rest. Unfortunately, many Austrians like to smoke and even though restaurants and bars have designated smoking areas named “Raucherbereiche” it’s almost impossible to really be in a smoke free zone.

Tipping is not really a thing in Austria, unlike in the USA as waiters here get paid really well.

Yes, try not breaking traffic rules as these guys are pretty strict about that. Follow the rules or you may end up paying a pretty hefty fine.