It’s safe to say that there are certain preconceptions about Africa, its people, its flora and fauna and most certainly, its scope of tourism. Most people would recommend safaris and wildlife exploration and while it’s not inaccurate to mark that off as essential items in your list, Cape Town, located at the tip of the continent, challenges the assumptions made of African travel.

Graced by a mountain in the middle of the city as well as shorelines and bays that flow along the land, it is a testament to the diversity that blesses the city, both in terms of natural attractions as well as the kind of people that have made it their home.

As mentioned above, the Table Mountain really sets the city apart from any other routine beach town. Held up by a plateau that includes a mountain dubbed the ‘Lion’s Head’ and another called the ‘Devil’s Peak’, Table Mountain is called such because its top is as flat as a table, as brilliantly depicted in the photo above. One can take a cable-car to the top, something that affords a dazzling view of the city as it rises, but for the more adventurous souls, there are smooth, accessible options of hiking or rock-climbing.

There are even trails for mountain-biking, a popular pastime for the locals. Few things in life are better than looking over a vast ocean by a thriving city from the top of a mountain, an activity boasted by Table Mountain. For those who are interesting in the flora and fauna, there are specific plants, flowers and even creatures that are endemic strictly to the area. The Dassie, also known as the rock hyrax, is chief among them. As for the flora, South Africa is renowned for the abundance of the Proteas and Jacaranda flowers that bloom atop the caves of the mountain. 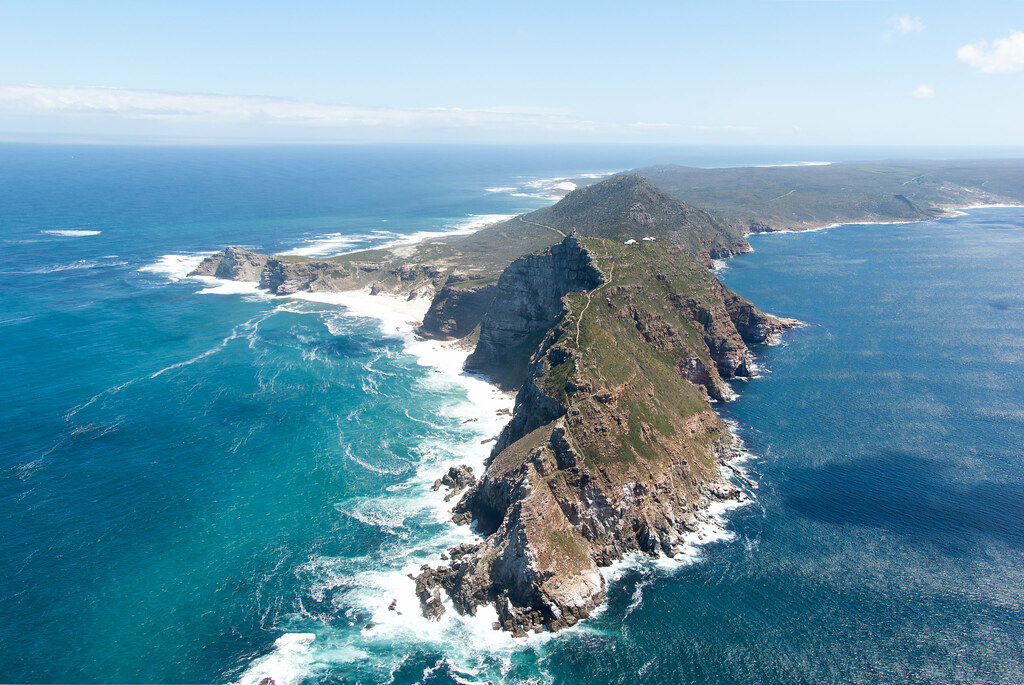 Cape Point is the southern most tip of the continent of Africa. That in itself should be reason enough to visit this spot, especially considering that beyond this spot lies only the ocean and then Antarctica. But its magnitude also includes this spot as a point of convergence between the Atlantic and the Indian ocean. One might think that since its all water anyways, why does the blend of these human-named divisions matter? That could be true in many cases but the physical distinctions between the two bodies are sharp.

The Atlantic ocean glistens in a deep blue shade, veering on green, almost always cold and suited to the purpose of watching and admiring while the Indian Ocean swooshes in a more neutral colour, grayer, its temperature warm, its ambiance enjoyable for jumping in and swimming.

It’s very common to travel to the point along the highway by the Atlantic and return on the Indian side. Furthermore, for those who like thrills, Cape Point experiences strong gusts of wind, enough to unnerve any individual, just one of the many reasons to visit. 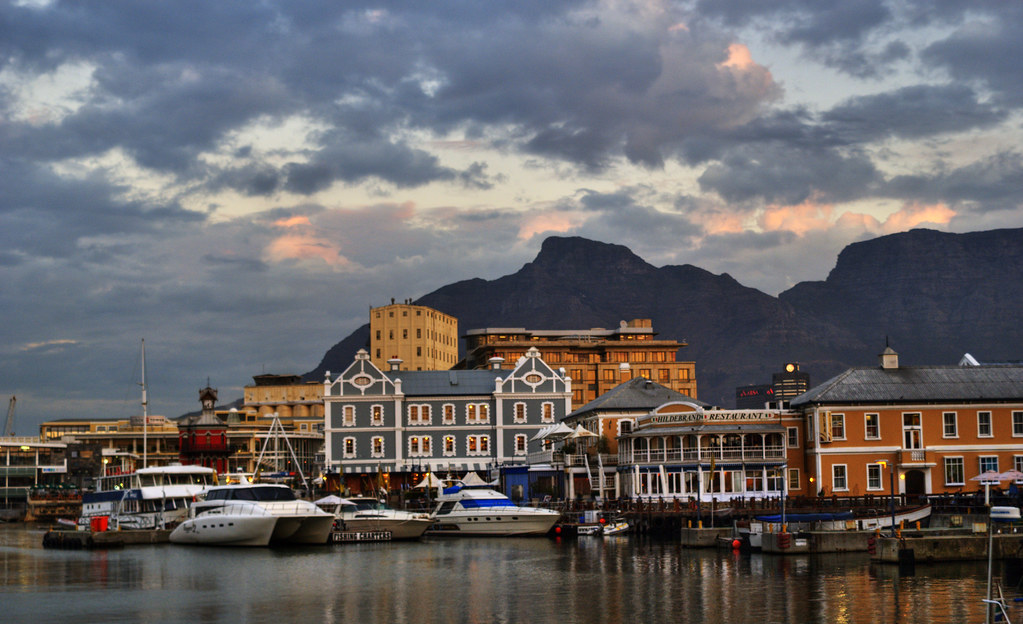 The Victoria and Alfred Waterfront consists of a harbour, some fun restaurants and a whole array of shops that caters to tourists looking to relax and stroll on a day off. It is a delight on its own as the ocean reflects the light by it and makes the whole scene very wonderful. There are many who appreciate the sound of boats and cruises docking by the land as well and it is a worthy summer destination that’s as pretty in the night as it is in the day. It also boasts some of the best ice-cream there is! 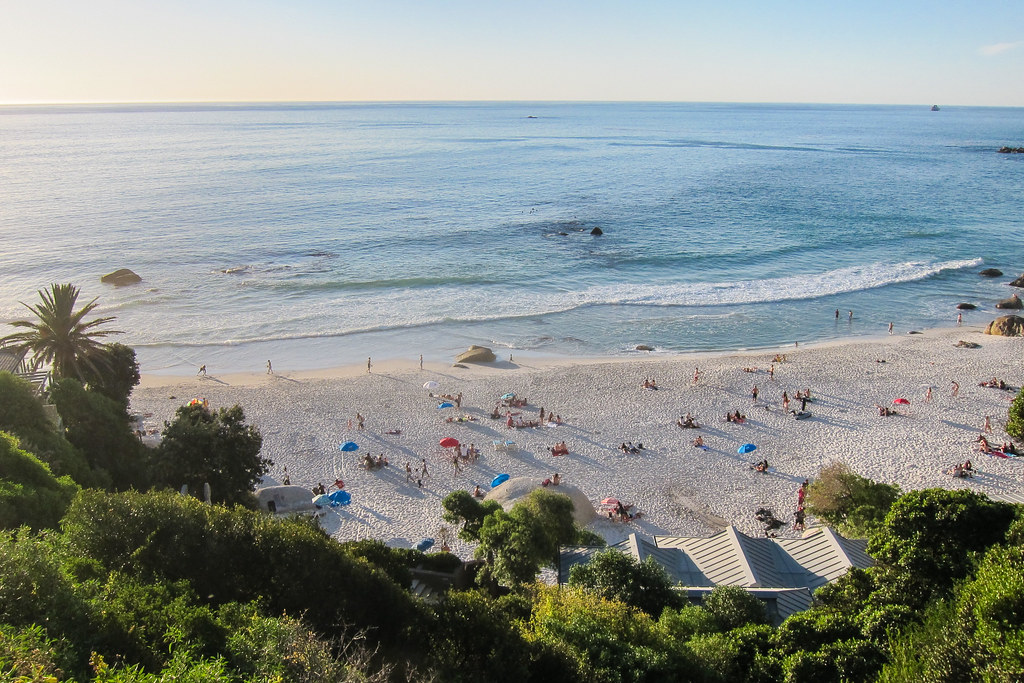 As I mentioned before, Cape Town is very much a beach mecca because there are dozens of them splattered throughout the city and its coast, yet each beach possesses its identity, in terms of ambiance, water colour, water temperature, activities available and such. 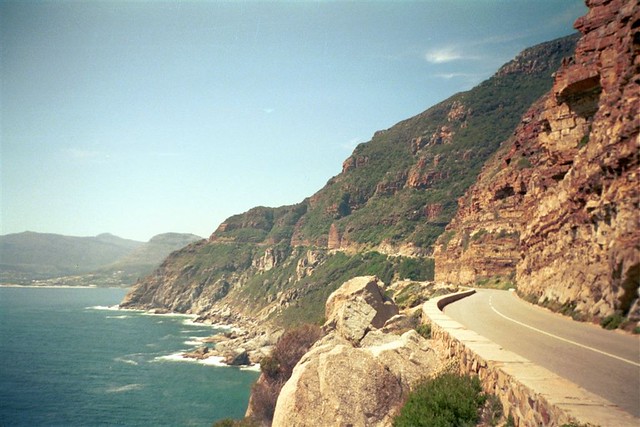 Those beaches and bays surrounding include Clifton beach, Camps’ Bay, Hour Bay, Strand’s Beach,  Boulders’ Beach. Boulders’ Beach is known for its habitat of penguins roaming about. I would personally recommend driving through Chapman’s Peak Drive, a road cutting by the mountain, by the shores, offering the best of both worlds.