“Ashen sky flooded with stars
Exquisite sundown with no scars
Chirruping Osprey and Pintail
making their way out
Beauty is with reason, no doubt.”

Traveling can truly add fascinating and prodigious experiences of your life. If you’re trying to unfold that Spanish touch in you, why not travel to Spain to give a blow to your skills? After all, Spain is not just about being Spanish but a lot more. We intend to take you on a fascinating your of seven magical cities in Spain.

Spain has every little thing you fascinate about! It has architectural magic, it has dramatic coastlines, it holds a captivating beauty that can make you feel go round and round. The differing landscapes beyond a shadow of doubt can stir the soul.

The Pyrenees and the Picos de Europa are as magnificent and appealing as no other peak on the continent, while the snowcapped Sierra Nevada high up improbably from the sun-baked plains of Andalucía, these are hiking destinations of the greatest order.

It is the passion of Spain’s people which are the fabric of daily life there. A country where you will find music in its soul, a love of exceptionally well-served food, soothing landscapes, and an exclusive talent to blow off steam all the good things in life.

Book a flight to Spain.

So, it’s high time not to make yourself more disappointed by the things you didn’t do!

For all the talk of Spain’s history, this is a country that believes very much living in the present. And there’s a reason ‘fiesta’ is one of the most important words in the Spanish language. This is so, because life itself is a fiesta here and you are wholeheartedly invited. Make it happen, you’ll find yourself nodding in recognition: THIS IS SPAIN!

Ardent, wistful, refined and devoted to living a good life, Spain is both a stereotype come to life and a country more varied and distinct than you ever imagined. Come along, let’s explore!

An alluring and intriguing seaside city with boundless culture, fabled architecture and a world-class drinking and dining space, Barcelona. There are the food and drink, the first-rate tapas bars, the abundant and inexpensive wine, the superb and reasonably priced multi-course lunches.

One of the world’s most captivating cities. Barcelona’s wide-ranging palate adds further complexity, for it lays for you Basque-style tapas bars, Galician seafood taverns, avant-garde Japanese restaurants and sinful chocolate shops and all essential parts of the culinary landscape.

The deep blue Mediterranean beckons. Sun-drenched beaches make a wonderful layout for a healthy jog, a romantic walk or long leisurely stroll along the seaside and they indeed add a refreshing dip. You can also enjoy the view from out on the water while kayaking, stand-up paddle-boarding or taking it easy on a sunset cruise. La Sagrada Família, Park Güell, and La Pedrera fall under the divine destinations of Barcelona. You can endlessly explore amid Botanic and sculptures. Get ready to hit the clubs and explore Barcelona’s unabashed wild side.

One of the most famous cities in Spain, Madrid is a golden metropolis which possesses a vibrant nightlife. And perhaps, for this reason, it’s known as the city that never sleeps. It feeds the life that courses relentlessly through the streets here and can excite anyone in this cosmos. A city with music in its soul. Madrid is also one of the most open cities on earth and it hardly matters where you’re from, for once you are in, it drenches you in its culture and lifestyle.

Book a hotel in Madrid.

Rising above the courteous and gentle claims of its local cuisine, Madrid has risen into one of the richest culinary capitals of Europe. Spain’s gastronomic revolution wholeheartedly embraces it. Madrid nights are a perfect accompaniment to the more sedate charms of fine dining. The city may have more bars than any other city on earth. Museo del Prado, Museo Thyssen-Bornemisza, Parque del Buen Retiro are the top sites here. Altogether, it gives a genuine pleasure.

Granada is the last stronghold of the Islamic occupation of Spain, and this legacy is strongly reflected in its peculiar mixture of Spanish and Muslim heritage. The city is set against the mesmerizing background of the snow-capped Sierra Nevada mountain range. Undoubtedly, the center of attraction here is the Alhambra, a captivating and enticing palace and fortress complex. To note, UNESCO declares it as a World Heritage Site.

The Alhambra is Granada’s love letter to Moorish culture, a place where fountains trickle, leaves rustle, and ancient spirits seem to mysteriously linger around. This city of Spain has long enchanted, a never-ending line of expectant visitors. At the height of summer, some 6000 visitors tramp through daily, making it difficult to pause to inspect a pretty detail. Don’t miss out and schedule a visit in quieter months, if possible.

It’s not possible to lay eyes on spell-bounding San Sebastian and not fall madly in love with. This city is a lethal combination of both, cool and happening by night, charming and sophisticated by the day. A city brimmed with people that love to indulge, and with Michelin stars apparently falling from the heavens onto its restaurants. Not to mention but magnum opus, the pintxo culture almost unmatched anywhere else in Spain, San Sebastián.

As the sun falls on another sweltering summer’s day, you’ll sit back with a drink and an artistic pintxo and realize that, yes, you too are in love with this place. Just as good as the food, is the summertime fun in the sun. Sebastián intermittently tops as one of the world’s best places to quench your thirst. To the western end of the city, is Playa de Ondarreta. A very booming market district known as a millionaires’ belt on account of its lavish holiday homes.

Some cities have glittering glimpses, other cities have an astounding history. The Sevillano’s, lucky devils are adorned with both. The courtesy of their swashbuckling, appealing, larger than life ever-evolving Andalucian metropolis was founded, according to a myth, more than 3000 years ago by the Greek god Hercules. Drenched for most of the year in the spirit-refining sun shine, this is a city of perception and sensitivity as much as sights and scenes.

Book a hotel in Seville.

It welcomes different seasons inducing vastly contrasting moods. Yet, one of the exceptionally miraculous things about modern Seville is its ability to adapt and etch brand-new brush strokes onto an ancient canvas. One of the sites is the Santa Maria de la Sede Cathedral, the largest Gothic cathedral in the world, and as the name goes, UNESCO declares it a World Heritage Site. It holds a divinely drawing power that can enthrall the attention of anyone.

Bilbao isn’t the kind of city that knocks you out with its physical beauty. This is more of a down-to-earth soul, rather than its plethora of art galleries. The real attraction of the vital, exciting and cultured city of Bilbao is now matured into its role of major European art center.

At heart, it remains a hard-working town and one that has real character. It’s a city that slowly wins you over, after all, it has had a tough upbringing. Top sights in the city are Museo Guggenheim, Museo de Bellas Artes, Casco Viejo, Euskal Museoa, Basilica de Begoña, Las Siete Calles, Museo Taurino de Bilbao, and Azkuna Zentroa.

Most Dazzling Canal Cities Of The World

The city of dreams Costa Brava, or ‘rugged coast’, stretches north to the French border, and by far is the prettiest of Spain’s top three prominent holiday coasts. As you explore, you’ll get to know that it holds plenty of tourism development and English breakfasts. There are inlets, enchanting seaside towns and mouth-watering food in the restaurants.

Spectacular scenic beauty and some of Spain’s best diving around the protected Illes Medes are an asset to the city. The landscapes here portray its physical appearance. The best part is, it has all unique features and characteristics a city that can possess you. To experience it, head to a popular area for which the place is famous for, the bizarre Teatre-Museu Dali. Most noteworthy, the coastal settlements are very quiet and soothing in winter.

In conclusion, travel not for travel’s sake but to enrich your life with all new experience. The great affair is to move and move because it’s worth it! After all, an investment in travel is no less than an investment in yourself. In Spain, you would encounter that even the dead are more alive than the dead of any other country in the cosmos! 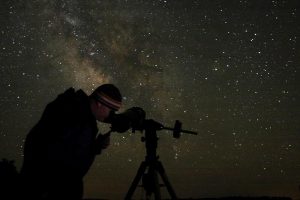 Girls Getaway: Three Girls Stepping Into The Wilderness!
May 10, 2016 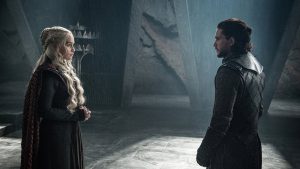