We all talk a lot about the most stunning, friendly and beautiful countries in the world, the unique restaurants in the world and the most exquisite gardens. While almost everyone has a bucket list of places they wish to visit, it is also very important to know which countries to keep off your travel plans for safety reasons. The reason could be anything from political unrest, economic turmoil, concerns about disease outbreaks or frequent terrorist attacks. In any of the given situation, a trip can be very risky!

Here are some of the most dangerous places on the planet where you can’t go. And if you can, you shouldn’t. Read on to know which countries to avoid while planning a trip.

Syria is one name that strikes terror at the very mention of it. The country has been in news for all the wrong reasons with thousands of gory images proving how insanely drastic the situation is. Although it has some of the oldest cities in Western Asia, such as Damascus and Aleppo (a UNESCO World Heritage Site), tourism in Syria has been greatly reduced by the Syrian Civil War and its associated refugee crisis.

Places You Should Not Visit With Parents

In a country where its own citizens are suffering, how can a guest expect to have a happy stay? More than 200,000 have died since 2011 and millions have been forced into exile. It all began in early 2011 with the uprising against the Assad regime and soon turned into a civil war which does not seem to be ending anytime soon. It was not always like this, though. There were times when Syria was hailed for its sites, architecture, and attractions which are now going to dogs and turning into ruins.

Somalia is a war-scarred country where tourism barely stands a chance today. The place does not seem to offer anything pleasing to a tourist rather the poor living style of its citizens, malnutrition kids and conflicts are sure to make your stay painful. Somalia is a fragile state and remains extremely dangerous travel or sightseeing due to armed conflict between Government forces and various warlords/factions (including al-Qaeda linked Al Shabab). The US Federal Government has issued a Travel Warning for Somalia. “Travel to Somalia is EXTREMELY NOT recommended as the conflict continues.” The “officially-recognized” government in Mogadishu has a weak grip on the country and so it is an unbridled place where

The Somalia tourism was traditionally noted for its numerous historical sites, beaches, waterfalls, mountain ranges and national parks. But due to conflicts and unrest, the US Federal Government has issued a Travel Warning for this country and it is totally unsafe to plan a trip to Somalia.

Weirdest Hotels of the World

Sierra Leone is another crime-riddled, corrupt and dangerously non-regulated country. It also makes to the list of poorest nations on earth and an atrocious civil war emerged a decade. Also, it extremely difficult for a tourist to reach hotel safe considering the rate of crime and number of road accidents which pose another challenge.

Not only this but in March 2014, neighboring Guinea and Liberia began experiencing an outbreak of the often fatal and largely untreatable Ebola Viral Haemorrhagic Fever. Sierra Leona too got affected and till date, it is recommended to take precautions and follow medical instructions before entering the country.

Though it all depicts Sierra Leona as one nightmare for any traveler, I must also mention that the place is also known for some of most beautiful beaches and lush green landscapes. Though no strict travel warnings have been issued yet the United States has advised that one should avoid visiting this nation unless it is extremely important, as the country is not even equipped with sufficient medical facilities and hospitals.

The threat of terrorist attacks, abductions, tribal violence and general lawlessness is very high in Yemen. With targeted suicide bombings and armed ambushes occurring yearly since 2007, Yemen is unsafe for both its citizens and tourists.Travel in Yemen is strongly discouraged due to brutal civil war. Even the government is unable to guarantee foreign travelers’ safety.

Yemen has some of the beautiful cultural and historical attractions along with pristine beaches. It also offers a number of adventure activities but due to the unrest and war-like situation, it is absolutely unsafe for travelers.

The recent attacks in Turkey brought it to news headlines. Reports show that Turkey has been a target for terrorist organizations for a very long time now. It was only last month that Istanbul’s main airport, Ataturk, was hit by a triple suicide bombing, killing 41. Under such horrific condition, it won’t be a good decision to plan a trip to Turkey.

Turkey is one beautiful country with cities like Istanbul and Antalya adding to its grace and elegance. Despite these tempting cities, it is advisable that you avoid Turkey for now. If you have already planned a trip make sure you have a comprehensive travel insurance policy to cover you in case civil unrest escalates to strikes at airports or other tourist-related industries which may affect your holiday plans. 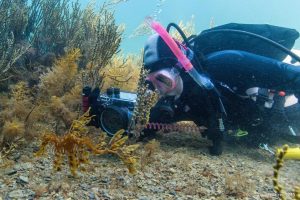