Being a loyal resident of Mumbai, I was always cultured to beware of the national capital in the north, and North India, in general. “Their weather is too harsh”, they would say, surreptitiously overlooking the excessive humidity and the famous October heat that plagues Bombay. I naturally carried this prejudice with me to my university down south in Manipal. It was here that I became best friends with a guy from Delhi, and he was courteous enough to invite me to Delhi to try and squash out my qualms against the city. I daresay I was rather intrigued by this prospect, having never visited the NCR before, and accepted the offer.

As I stepped out of the roaring aircraft at Indira Gandhi Airport, all those news reports of the terrible air quality here were spinning at the back of my mind, and I braced myself for a drop in oxygen as I took my first breath. Needless to say, I felt a little dumb because the air felt perfectly normal. But I do remember sheltering myself from the harsh sun even as clouds floated above mixed with smoke and pollution. Days of Delhi were hot as ever in July.

My friend picked me up from the airport and we booked an Uber to my father’s friend’s guesthouse which he had so kindly lent me for the week. Kailash Colony, my home for the next 7 days, seemed to be a posh neighborhood, although with disappointingly thin lanes. I was quite impressed by the green cover that I witnessed on my way here, later to realize that Delhi harbors around 20% green cover. The metro trains that snaked their way amidst the roads were a novelty to me as well.

By the time I freshened up and was ready to roam around a bit, it was already 6.30 PM. Kaavash, my friend, decided Hauz Khas Village would be perfect for this hour.[pi_wiloke_button button_name=”Search Hotel in Delhi” contextual=”btn-warning” size=”btn-sm” link=”http://flights.triptaptoe.com/hotel/view/location=Delhi,%20India&check-in-date=03/03/2017&check-out-date=04/03/2017&nights=1&rooms=1&room-occupancy=a1c0&passengerresidence=IN&passengernationality=IN?tab_id=tab_id_1&currencyCode=INR”] 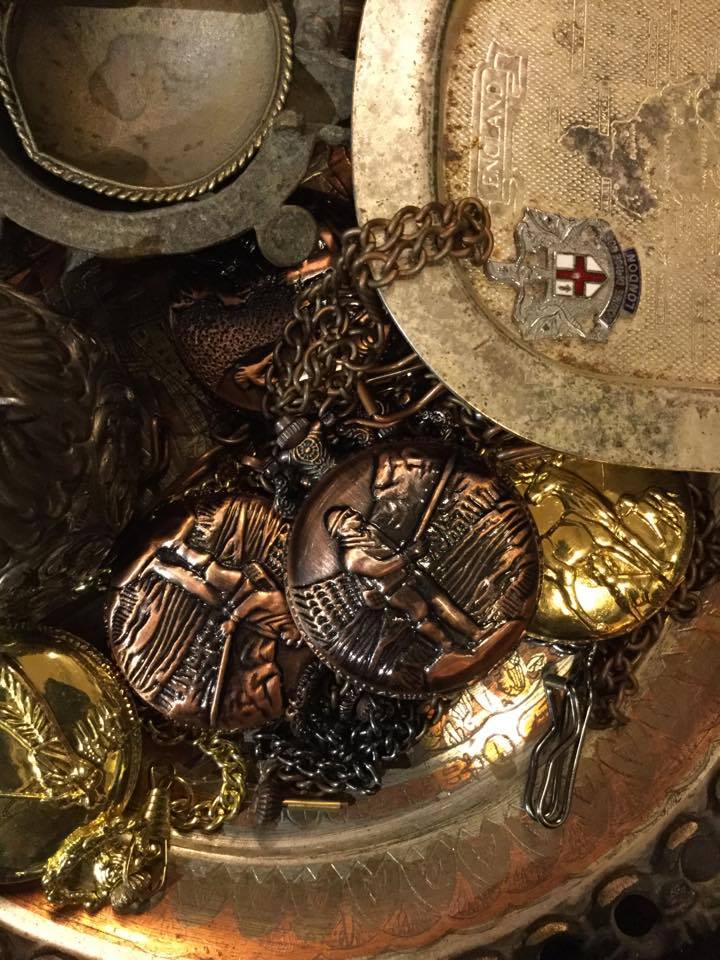 Although I had a different image for this place in my head in the form of tall buildings and huge spaces, Hauz Khas has a charm of its own. Adorned with antique shops that sold pocket watches, the 1947 Edition of the New York Times declaring the Indian Independence, fancy postcards and ancient Indian coins. The Graffiti on the walls were grand and quite creative, although a little ill-seen because of the poor evening light.

Right at the entrance, were food carts offering all sorts of street food like Pav Bhaji and various forms of sandwiches. Apparently, momo’s are a famous dish in Delhi. Originating from the northeastern states of India (or Nepal, or Bhutan, I cannot be bothered to dispute the origins), this dish is a South Asian dumpling, with vegetarian or non-vegetarian stuffing.

Famous Night Out Places for Foodies in Delhi

Dilapidated areas would be accompanied by more graffiti. We would almost also overlook the underground stores that sold fascinating posters for the movie and television series addicts within us. The village also had the Hauz Khas fort, but entry was closed for the day. I had already made up my mind to visit this enchanting place once more, for a fuller, richer, daytime experience.

As the evening drew on, it was time for us to dine. Elma’s Cafe proved to be the perfect restaurant for this occasion, a calm and quiet haven with soft french accents pronounced by the European couple sitting opposite our table. We ordered one dish, a chicken platter with hummus, and it cost us 595 INR with the taxes, which we felt was slightly overpriced.

A perfect end to our day was The Piano Man’s Cafe, around a kilometer or two from HKV. A gig was supposed to occur that night, and we arrived just in time. I was mind blown at the very beautiful interiors of this place. A cozy little bar was blessed with a magnificent chandelier on the ceiling, being reflected by the mirrored wall opposite it. There was a stage area where two musicians were already tuning in their guitar and piano, with the host introducing them to their audience, and the staff was quite welcoming too.

My first day was very well spent in the national capital, and I was so very excited for my remaining stay.

[pi_wiloke_alert alert=”Be sure to accompany me in the following parts of this travelogue as well!” contextual=”alert-info”] 7 Absolutely Free Things To Do In Singapore
November 7, 2016