One of the most joyous Muslim occasions, Eid al Fitr is widely celebrated in all those nations wherever there is a presence of a Muslim community. The Muslims, all over the world, celebrate it with great pomp and show, zeal and gusto. Eid spreads a message of brotherhood for all of us. It exhorts us to bid goodbye to hatred, jealousy and enmity and bring in an era of love, sympathy and brotherhood.

For the world’s Muslims, the festival of Eid is a perfect conclusion to Ramadan- the month long of fasting and contemplation practiced by observers of Islam around the globe. One of the most festive periods in the religion’s calendar is  being celebrated on 26th June, 2017 this year. Eid is often commemorated with large feasts and family time and through charitable acts and donations. So, let’s check out where folks are celebrating Eid this year.

7 Unique Festivals That You Need To Experience

Eid is celebrated in Africa by Muslims in several areas, particularly in Sahel, where Islam is adhered to by many and North Africa, the Horn of Africa.

Eid is celebrated in Dubai by Muslims in several areas, This year’s ‘Eid in Dubai – Eid Al Fitr’ celebrations promise to be as exciting as it can get with a range of events and activities for everyone to enjoy including concerts by Arab stars Majid Al Muhandis and Mohammed Al Shehhi, family oriented events hosted by malls including renowned cartoon character shows and performances by roaming artistes, in addition to Modhesh World, one of the most popular indoor edutainment destinations in the region.

11 Reasons You Should Visit Dubai Now!

Bradford Moor Park will hold the UK’s largest Eid celebration in the North between July 1 and July 2. Henna artists, face painting, bazaars, a fair and food will be on offer.

Funfairs, food, stalls, entertainment and other activities will be on offer to celebrate Eid at Old Trafford football stadium on July 1 and July 2 from 9 am until 5 pm.

It’s expected to be a large gathering with no ticket required.

Meanwhile at the Trafford Centre, a host of Eid celebrations were held for three days between Friday, June 23 and Sunday, June 25.

This will include beauty master classes, shopping discounts, giveaways, entertainment and more.

In Egypt, Eid al-Fitr is a three-day feast and an official holiday, with vacations for, universities, schools and government offices. Several stores and restaurants are also closed during Eid. The Eid day begins with a small snack which is followed by Eid prayers in assemblage attended by children, men and women in which the Egyptians are reminded by the sermon, of the good deeds and virtues they should practice unto others, even strangers, during Eid and also throughout the year.

London enjoys three to four days of celebration, only 2 of which days are a national holiday, the 1st Eid and the second Eid. Preparations, however, begin several days earlier. There will be a number of Eid celebrations in the capital but the largest will be at the ExCel Centre in London on Sunday June 25.

There’ll be a huge Eid Saleh followed by a fun fair, bazaar, halal food and plenty of sweet desserts.

There is also a large event taking place on July 2 in Trafalgar Square from midday with various food stalls. The event is free to attend.

Hundreds of Muslims will gather in the evening of the concluding day of Ramadan each year for sight of the moon. The gathering brings people together from all walks of life, and everyone bring something along to share with others at the time of infringing the fast. There are festivities in the park with food, games, activities and more from June 25 until July 2.

The event is in Corporation Park, Blackburn, on Preston New Road and no ticket is needed.

There is a national holiday for three whole days for Eid celebration, while greetings and festivities tradition generally continue for the entire month. Since a long time, there was a tradition that people send fancy and beautiful Eid greeting cards to distant friends and relatives.

People gather at large open areas like park grounds, sports grounds or large for Eid prayer. After Salat, people meet and greet each other with hugs and give charity to the poor and needy before going home, to further make it possible to have everybody be able to celebrate the day.

People buy gas balloons for kids and gifts for the family and sweets on their way home. At home, family members enjoy special Eid breakfast with various types of desserts and sweets, including traditional dessert sheer korma, which is made of milk, butter, vermicelli, dates and dry fruits.

Eid al-Fitr holds significant importance in the predominantly Sunni Muslim culture of Afghanistan and is celebrated widely for three whole days. The most popular greeting is Eid Mubarak. Among the Pashto-speaking community, this Eid is called Kochnai Akhtar.

Preparations for the Eid al-Fitr festival are started by Afghans up to ten days prior by cleaning up their homes. Khana Takani is the name of this practice in Dari. Afghans visit their local bazaars to buy sweets, snacks and new clothes. The special treats served to guests during the celebrations of Eid are Shor-Nakhod, which are made with chickpeas, Jelabi (Jalebi) and Cake wa Kolcha, which is a simple cake, similar to pound cake.

It is mandatory for workers in the city to return to their home towns to enjoy with their families and to plead forgiveness from elders, parents and in-laws. This is known as balik kampung or homecoming in Malaysia.

Out of 56 officially recognized ethnic groups in the People’s Republic of China, Eid al Fitr is celebrated by at least 10 ethnic groups which are predominantly Muslim. Only Muslims are entitled to a one-day holiday outside the Muslim-majority regions.

Eid al-Fitr is even celebrated by Han Chinese population in Xinjiang province, during which holiday supplies of beef, lamb and mutton are distributed to households as part of welfare program which is funded by private and public institutions and government agencies.

Religion plays a significant role in Muslim culture. Muslims believe in Oneness of God. Their concept of religion is oneness of god. They celebrate festivals because of God’s order. Muslim try to spend their life as per gods wishes, likewise in their festivals Muslims remember their god and they celebrate Eid al Fitr for the sake of god’s mercy and heaven after death. 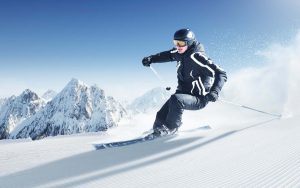