Holi in india is celebrated with colours, bhang, music, worship, reunion and more colours. There are multiple legends behind the celebration of Holi. Some celebrate it pay homage to the eternal love of Krishna and Radha. Some celebrate it as a victory of good over evil referring to the burning of Hiranya Kashipu’s sister Holika instead of Prahlad, or the destruction of the witch ‘Holi of Putana’ by Krishna.

People in South India celebrate it by worshiping Shiva and Kaamdeva. Since India’s cultures are diverse, there’s diversity in the celebration of Holi across India. Read on to find out how the festival of colours is celebrated in different parts of India. Barsana is a village near Mathura, in Uttar Pradesh. Nandgaon is its Neighbouring village. This is the place where it all started – the hub of holi, the birthplace of Radha. As the story goes, Krishna- a prankster, played pranks on Radha and gopis fervently. He smeared Radha’s face with colour once that led to the beginning of this tradition.

On the occasion of Holi, men from Nandgaon (Krishna’s birthplace) invade Barsana with the sole ambition of drenching Barsana’s women with colours, and get some good thrashing from the womenfolk in return. Continuing the tradition, men from Barsana invade Nandgaon the next day and are greeted by the women with sticks in hands. There’s one catch though – men can’t retaliate.

Reach a few days before that and you might be able to enjoy Laddoo holi festivities and a short trip of the nearby tourist attractions. 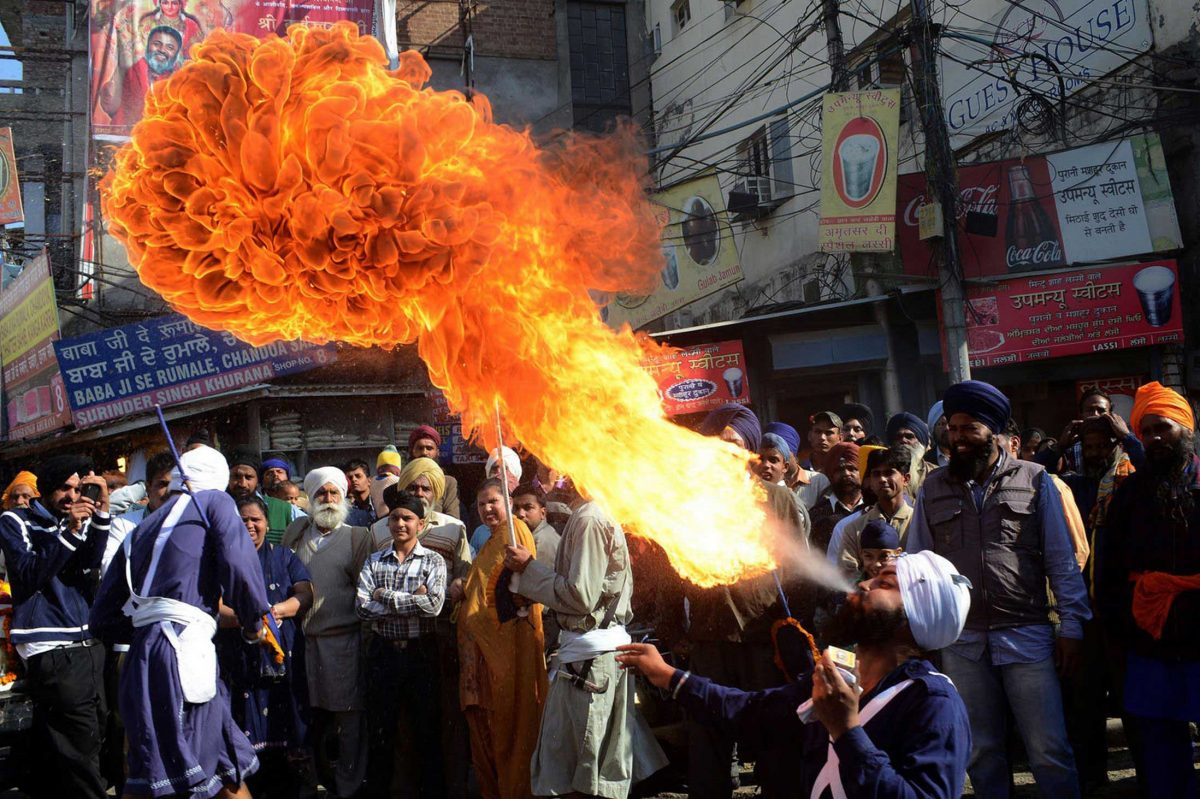 Hola Mohalla is an annual Sikh festival, celebrated extensively over three days mainly at the Anandpur Sahib Gurudwara, in the state of Punjab. Unlike traditional holi celebration, martial members of the Sikh community display their sheer physical strength on this eve through daring acts like mock-battles (Gatka), sword-fighting displays, archery and stunts on speeding horses. This is accompanied by splattering colours on the audience. Be there before 22nd March and witness this unconventional celebration of the festival of colours.

7 Unique festivals You Need To Experience The Shigmo festival in Goa lasts almost a fortnight. People play with bright colours to welcome the arrival of spring. Goan folks dress up in colourful attires holding multi coloured flags and playing dhol, tasha or flute parade across the beachside city. Traditional folk dances of Goa are performed in the merry making processions leading to the exuberant show of colours and dramatic characters. Holi celebrations get underway on Vasant Panchami (end of winter), 40 days before the main day of Holi, in the temple towns of Mathura and Vrindavan, (4 hours from Delhi).

Visit Mathura in the afternoon to see processions that start from Vishram Ghat after getting inebriated with a glass full of delicious ‘bhang’. On the day of Holi (21st March), the best place to catch some colourful action is Dwarkadheesh Temple in Mathura.

Also known as ‘Dol Yatra’, the Holi celebration includes worshipping of idols of Krishna and Radha in temples. People pay respect to elders by applying ‘abeer’ to their feet and seek blessings in return. As the day progresses, riot of colours begin to break out in alleys and pretty soon, faces turn unrecognizable. ‘Basanta Utsav’ is celebrated in Shantiniketan at Bolpur as a homage to the tradition started by Nobel laureate Rabindranath Tagore.

Boys and girls joyfully welcome spring, the season of hope, not just with colours but with songs, dance, chanting of hymns in the serene ambiance of Shantiniketan. Be there before 21st March to witness something that you won’t forget for the rest of your life. You can also celebrate Basanta Utsav at Purulia where the world famous Chhau dance is performed to celebrate this eve. Here, ‘Bhabhis’ (brother’s wife) beat up ‘Devars’ (husband’s younger brother) with sarees twisted in the form of ropes on the eve of holi to take revenge of all the pranks that had been played upon them throughout the year. Human pyramids are formed dangerously to break buttermilk pots hung high above the ground. The night before Holi is dedicated to the burning of huge bonfires, which symbolizes the death of Demon Holika, and is known as Holika Dahan. The next day (13th March), people throw colour on each other. Mythology says, Lord Shiva went into deep meditation after the death of his consort, Sati. Due to Shiva’s indifferent attitude, gods became tensed and worried. To get the lord back to his original self, Gods sought the help of Kaamadeva – the god of love. He shot his powerful arrow on meditating Shiva only to be burnt to ashes by Shiva’s third eye. His wife Rati narrated the mournful tale to Shiva and made him agree to revive Kaamdeva.

People in South India abide by this tale and worship Shiva and Kaamdeva on this day and sing songs depicting Rati’s extreme sorrow and offer sandalwood to Kaamadeva to ease the pain of burning. They believe that Kaamdeva was revived on the day of Holi, and hence celebrate the festival in his name. The festival typically falls in the month of Phalgun, which is the last month according to the Hindu calendar. At some places of Bihar and Uttar Pradesh, Holi is also known as Phagwa, as it is celebrated in the later part of the month of Phalgun. On this Phagu Purnima festival day, the streets of villages and cities are painted like a canvas and it is glossed with different beautiful colours. This festival is also celebrated like Holi festival by applying coloured powder on every face. If you want to celebrate holi with elephants, book tickets in Ele holi fest of Ajmer, Jaipur this march 13th. At Ele day Elephant village, you get to dance to delightful music under the effect of sweet bhang lassi, play with colours, savour authentic Indian dishes, enjoy folk dance shows, participate in fun-filled games, feed and ride the elephants and lots more. Elephants are beautifully decorated with colourful paintings and rangolis for the festival.

Explore the best of Rajasthan here. Music served on a platter of bright colours. That’s what this is all about. The organisers claim that this year’s ‘Holi Moo!’ would be ‘Fatter, Better and Madder’. Book your tickets soon if you don’t want to miss out on all the fun.

These days, synthetic colours sometimes refuse to come off the skin despite several soap washes. Apply coconut oil generously in hair and on skin before playing to prevent this mishap. The intoxication becomes a bit too high during Holi, making people lose their conscience. Stay safe and try to return from the streets before noon. 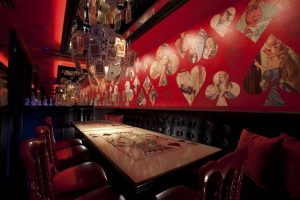 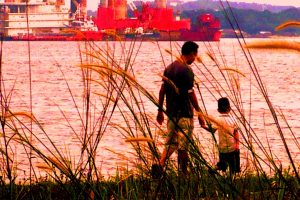