Enclosed with greenish water and clear blue skies, Zannone Island floats on the Tyrrhenian Sea, off the west coast of Italy between Naples and Rome but with an  irony that’s quite grey. On the top of this island, lies a prohibited colonial style villa of a man who practiced some outrageous and nasty rituals.

Constructed illegally in the 1930s, this forbidden mansion  sits on the top of Zannone Island. Marquis Casati Stampa, the proclaimed owner of this freak house along with his wife used to spend quality time together organizing lavish sex parties until 1970. Former fisherman Giorgio Aniello mentioned the process of this depraved ritual. He quoted to CNN; “He was a lewd man, a voyeur who liked to watch and photograph his starlet wife getting kinky having sex with other younger guys”. Mount Pellegrino on Zannone Island was one of the favourite spots of businessmen and VIPs to indulge themselves in orgies. Aniello then mentioned the believed process of all this indecency in every respect quoting “Marquis Casati Stampa would go hunting while his wife Anna Fallarino had sex. She would skinny dip in the sea and Roman pools picking men to fornicate with”. Source: CNN travel. The remaining ruins of the villa

He later concluded his statement as “After spending years practicing voyeurism on the island, he snapped in 1970. He shot Anna Fallarino, one of her lovers and then turned the gun on himself”. Legend has it that Stampa detected one of the very affairs of his wife Anna and consequently ended up shooting Anna and her lover. After killing them both, he shot himself in the head in their attic in Rome. Natives of the Ponza Isle still reckon the wicked couple. One of the tour guides Riccardo Peci also stated to CNN “We all knew what was happening there but nobody ever uttered a word about it back then”.

What All Is Left

No specific permit is required to traverse to this forbidden island yet no tourists provisions are provided. Hence, Zannone Island now sits totally isolated and untouched by humans but the tales and horrors still scream aloud. All that is left on the Zannone Island is a deserted villa with rocky walls, an isolated lighthouse and catastrophic secrets. Tourists still dive deep in the same water where once Anna backstroked along with her venereal mates. However, the type of people you would find there today are only biologists, scientists and probably birdwatchers who are occasionally allowed to camp overnight. These days, fallen tree trunks, palms and fluorescent green seaweed conjure the image of a Seychelles-style paradise. Another highlight of this island is the Benedictine monastery. Abandoned from over three centuries, the monastery is worth a visit.

How To Get There?

The most convenient and possible way to reach Zannone is by boat which sails off from its sister isle, Ponza. Former fishermen provide day trips which include lunches on board. Timings to visit the Zannone Island are from 11:00 am – 5:00 pm. After sunset, tourists hop in to their boats and Zannone goes back to being a forbidden island bolstering its many vexed secrets. 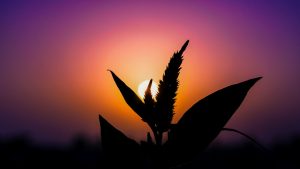