There are so many great cities, and here are the most lively cities in the world. We based it on night life, beach’s, popularity, culture, sports, etc. A bustling harbor and heavenly surf beaches, Sydney is one of the most lively cities. The sun-kissed weather and really amazing outdoor pools and parks makes this city a perfect holiday destination. Admirably cosmopolitan and handsome, Sydney gets a lot of visitors because of its appealing looks and weather. The second largest city in Brazil, Rio de Janeiro is known among tourists for its bewitching landscape, elegant beach culture and the annual carnival which is the major reason to visit this city. The samba shows are also really popular with the tourists which are held at several venues. Few cities combine history and modern urban flair like Amsterdam where seventeenth century buildings go together with joint smoking alien sculptures. It is a really lively city where people commute on two wheelers almost everywhere. It is full of masterpieces which you will see every kilometer.

A Perfect 3 Days Trip to Amsterdam There are many reasons to visit the city of New York, but you will fall in love with its energy. Filled with creativity in the city’s galleries and concert halls, this city remains lively throughout the year. It displays a mixture of cultures  in the theaters and markets. Even the cuisines have mixed flavors which make them have a really unique experience.

The largest city in the US state of Nevada, Las Vegas is the entertainment capital of the world. Filled with a large number of mega hotel and casino complexes, it creates a dream like environment.  You can try your hand at gamble all night or drive some of the most exclusive race cars and a lot of other entertainment stuff you can try during your stay. One of the world’s hot-list destinations, Singapore is a wonderland for tourists who love green and natural. You can enjoy the ancient rainforests with monkeys jumping. Botanic gardens or island paradise, this city is a major tourist attraction. The smoky temples among all the skyscrapers are another attraction of the city.

7 Absolutely Free Things to Do in Singapore An Exclusive List of Spectacular Valley of Flowers In India
February 3, 2016 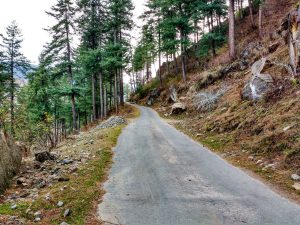 Must Visit Places In Uttarakhand During Your First Visit
January 16, 2016