Adored all around the world, beer is the third most beloved beverage around the world. It’s popularity can be owed to the various palates varying from bitter, yeasty, citric, malty etc, all apt for certain moods and forever ready to cheer you up. It’s propensity has been witnessed in India and if you are aware, a lot of states and tribes take pride in brewing their own beer at their homes and breweries and enjoy it as part of their daily cuisine.

The same has also helped many to keep locals employed and merry make at the same time. As you travel around India, you must try and savour the indigenous touches to your favourite drink. Check out some of the most famous locally brewed beer across the country.

The snowy tinged, indigenous drink holds rice as the main ingredient. Available in low alcoholic content, the drink is brewed in a container called ‘Handi’, and hence the name. The drink can aid various health ailments such as Diarrhoea and Dysentery and is bestowed to deities and used in other rituals, as well as a common offering during marriages, birth anniversaries and festivals.

Meghalaya Food- Must Try If You’re Dating The Clouded Haven

Smooth, amber tinged Judima appeals to your senses with its uniform texture and the sweet aroma leaves everyone spellbound. The locally brewed beer is infamous for its honey taste and is composed from steamed glutinous rice. The beverage is widely accepted and even a festival is also hosted in its name, known as Judima Festival, to impart the knowledge of culture, indulge in adventurous activities and of course, gulp in the beer.

Fyi, locals say that this particular beer is also known to protect you from the evil but then, beware of what evil it will unleash when you gulp too much of it. It can get you really intoxicated!

Goa vouchsafes the exuberance and jovial ambience and has a plethora of reasons to draw tourists, among which one such reason is Feni. The indigenous drink adds more feathers to the place and holds a lot of importance. There are two flavours of the same- cashew feni and toddy palm feni. A Goan culture’s drink, can warm up the body. Brewed from distilling the cashew juice over a fire in mud sealed drums, it has sweet, fruity taste and leaves no hangover. Now, that’s a relief, right?

The captivating fruity odour and the white slurry-like appearance is the description of this heavenly drink. Indian version of the Japanese sake, Zutho is the drink of the Angami Nagas. The drink is divergent from others because these guys employ sprouted rice grains. The enchanting weather and the bewitching drink forms the perfect combo.

Encircled by verdant rolling hills and the misty clouds, one can spot a jadoh stall and savour the local beverage Kiad. The sweet, tart flavour of the rice drink is balanced with a piece of charcoal and the drink is served within a bamboo tumbler to bestow a local taste to it. Though initially introduced as a medicinal remedy to the Pnar people of Meghalaya in the 1880s, it is now relished as a strong alcoholic beverage with 70% concentration. Knock yourself out!

One of the great producers of grape, Mizoram is now putting it to a great use, with the production of the Zawlaidi wine. Black grapes being the main ingredient, the drink has a slightly sour taste and comes from small village Hnahlan, in the Champai district of Mizoram. The wine is known to be the ‘Love potion of the Mizos’, meaning of Zawlaidi.

A fresh and rejuvenating drink prepared from the sap of various species of palm trees like date palms, coconut palms, Palmyra enthralls you with its refreshing taste. The drink, available in two forms, padaneer and kallu are non-alcoholic and moderately alcoholic respectively. Sweet in taste, it provides a great helping hand in Ayurvedic medication and has Vitamin B Complex. Those under the radar of a constant weight check can jump out of joy ad this is low in calories.

Book a hotel in Hyderabad.

These indigenous beers celebrate India and adjoins an exceptional trace that only can be found in India. So, all you beer fans, feel obliged to try some of these when you get the chance, raise a toast with your folks proudly only to fall in love with these local beverages. 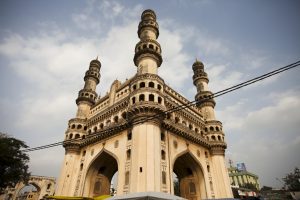 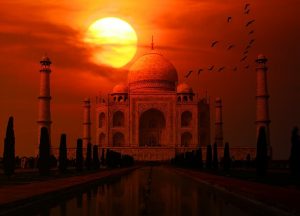