After visiting the Spanish colonial town ‘San Cristobal’ and riding through the Sumidero Canyon and the colorful lakes on the first couple of days, we decided to slowly travel back in time by taking a good look at the ancient ruins of  the Mayan civilization during our remaining trip.

The most awaited and my favorite of all ‘Toniná’- is the largest pyramid in Mexico. The first glimpse of the pyramid looming over the vegetation gave me the chills and the walk to the site itself was something you couldn’t possibly jot down in words. It was a mesmerizing sight everywhere around us.

The best part of this trip to the pyramids was that we got the whole place to ourselves with literally no traces of people. This helped seep in the feel that we were so close to nature with a majestic monumental wonder to ogle at with jaws wide open.

Toniná was once a dominant kingdom in the west with crucial political, religious and economical departments located in this site. Folks happily dwelled in this region during 4th-9th centuries; however, the inhabitants mysteriously abandoned their homes later on. For centuries after the kingdom’s demise, Toniná used to be mistaken as a mountain, as it was covered with dense forests.

Book a flight to Mexico.

Ceremonial temples, prisons, lodgings and celestial observation centers rise up to insurmountable levels competing strongly with the surrounding mountains. For us, climbing the uneven, narrow and steep steps was a tiring job, but once we reached the summit, we felt the fatigue slip away.

It was absolutely worth it! We could view the surrounding lush green landscape up to several kilometers. Maybe, this was exactly the reason why this place was chosen as the as the focal point for the city.

Moving on, we found us standing in front of the claustrophobia inducing ‘Palace of the underworld’; a dark labyrinth, it was a place where they used to negotiate with their dead ancestors. Quite interesting, but eerie!

However, the thing that caught our attention to the fullest was the ball court built for a ball game. Mind you, this wasn’t any ordinary game. Players played football with their hips! Quirky!

Wait…tt gets even more eccentric. The one who wins was sacrificed to the Gods, as the Mayans believed they had to offer the best to the Gods. Lucky for those who sucked at it 😀 After the extensive hike to the top of the pyramid and back, we were so beat that all I remember was getting back into the bus and waking up three hours later in my hotel room.

Book a hotel in Chiapas.

A 5 hour ride from San Cristobal took us to  ‘Palenque‘, which was once a flourishing Mayan city and now a highly visited tourist site. Not many know that, Toniná and Palenque had a longstanding feud for dominance in the West.

The grey colored ruins with worn out paint may look empty and dull today, but imagine Palenque a thousand years back painted in red and blue when it was at the peak of power and thriving.

Hundreds of ruins are spread over an area of 15 sq km. with a gorgeous backdrop of a dense jungle coating the hills. Building a city without having metal tools and its comrades, is something to be awed at! I felt like Indiana Jones for the next few hours utterly lost in the Mayan charm.

If you must know, King Pakal was a great Mayan king of Palenque. After his death, he was entombed in the ‘Temple of Inscriptions’ with jade finery and a massive sarcophagus lid placed over the tomb.

The events of his life were carved on it and remains till date, one of the greatest archeological finds of all time. It also indicates that Mayans believed in death and rebirth ( a striking similarity with India ).

We don’t know if the Mayans came back to life after death, but they definitely live on forever through their legendary architecture.

Most of the vendors outside are of Mayan descent selling souvenirs. We bought the replica of the antique jaguar call used by the Mayans.

Later, making our way through a series of twirling roads for a couple of hours, we finally reached Agua Azul (which means Blue Water in English).

Due to its high mineral content, the water looks exactly the same blue as in the pictures and the flowing water appears as boiling milk exuding an incredible spillage from a huge vessel. The inviting warm water is worth taking a dip, all your city strained nerves will stop complaining once you drench yourself in it.

We relaxed there until sundown and when it was time to head back to Mexico City, my heart obviously sank…Chiapas gave me memories enough for a lifetime.

For those who plan to visit Mexico anytime soon, consider Chiapas on your list. And for history buffs, it’s an absolute treasure trove. Chiapas is a beautiful off-beaten destination not many are aware of.

Note: There are many day tours which include transportation to all places, you can go for collectivos (taxis) if you don’t wish to go for other public transports.

If you are seeking a budget trip, you will be happy to know Chiapas is not really an outrageous destination, it costed us 10,000 pesos (35,000 rupees) including all travel and stay for 4 days.

So, what are you waiting for folks, pack up! Mexico it is!

Next, How To Spend 2 Days In Mexico 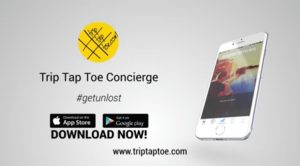