Waterfalls are natural wonders that are filled with such awe-inspiring beauty, spectacular sights and splitting cascade. A mass of flowing water rapidly dropping over a steep cliff can evoke both a sense of adventure and danger and that is what makes them worth a visit. The gushing water, the forests surrounding the falls, diverse wildlife and beautiful rainbow together form a mesmerising sight. Below is a list of some of the most treacherous, powerful and enormous yet most beautiful waterfalls which offer a breathtaking experience.

Extending over 2,700 m (nearly 2 miles)  in a semi-circular shape, Iguazu Falls in Iguazu River are one of the world’s largest waterfalls. The power and noise of the cascades, the awe-inspiring beauty and the two National Parks surrounding the falls make it one of the most attractive waterfalls. “Devil’s Throat” is the tallest, at 80 m in height, of the 275 falls that collectively make up Iguassu Falls. The two national Parks are subtropical rainforests that are host to hundreds of rare and endangered species of flora and fauna. One of the greatest attractions in Africa and definitely one of the most spectacular waterfalls in the world, Victoria Falls is located on the Zambezi River at the border of Zambia and Zimbabwe. This magnificent cascade is  known as the greatest curtain of falling water in the world and it presents a spectacular sight of beauty and grandeur that is so hard to fathom.

6 Most Stunning Waterfalls In India Spanning a width of 1.7km, a height of 108m, and an average flow of 1 million liters per second. it is without a doubt one of the most beautiful waterfalls that’s also considered one of the seven natural wonders of the world. Local tribes call it Mosi-oa-Tunya or “smoke that thunders” and it is a UNESCO World Heritage site. With a whopping average of about 7000 cubic meters per second, Niagra falls is the most famous falls of North America. Niagara Falls is the collective name for three waterfalls- the Horseshoe Falls, the American Falls and the Bridal Veil Falls. The Niagara River marks the border between New York, USA and Ontario, Canada and it is estimated to be 12,000 years old.

Niagara Falls has been one of the most popular destinations for honeymooners in the world and twelve million tourists from all over the world visit Niagara Falls every summer.

With a height of 979 metres and a plunge of 807 metres, it is óne of the most beautiful waterfalls on planet earth that is also reputed to be the world’s highest uninterrupted waterfall. Located in the Guayana highlands, the falls is one of the five great adventure regions in Venezuela. Angel Falls is also called Salto Ángel or Kerepakupai-merú.

The indigenous name derived from the Pemón natives which means “falls from the deepest place”. This fall was named after Jimmy Angel, an adventurous pilot from Missouri and it is 15 times higher than Niagara Falls with its total of approximately 52 meters.

The world’s widest single drop waterfall, Kaieteur Falls is located on the Potaro River in the Kaieteur National Park. The falls’ impressive combination of height and force make it a fearsome sight apart from the undeveloped and pristine surroundings which make the experience even more enthralling. Located in the middle of a wilderness with no urban amenities, the falls offer extreme adventure to travelers. 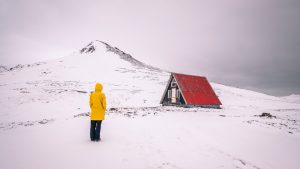 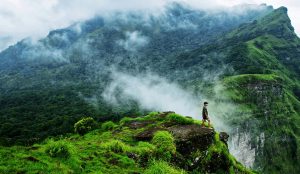 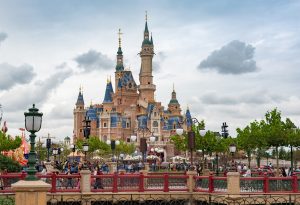