We all love to travel and we all love to see the world from up there. Go to a place by bus, by train and by plane and you might find the difference too exciting to ignore! What makes travel  an “accidental adventure” is bad climate, or when you miss your train or when your car breaks down! And who doesn’t remember the erratic butterflies in our stomach when the landing is not so smooth! This reminds me of some of the most dangerous airports in the world which can scare the hell out of you. Check them out!

Considered as one of the highest airports in the world, positioned at an altitude of 4334 meters, Qamdo bamda Airport has a runway measuring 5.5 kilometres, the longest in the world. The thin oxygen often plays extreme havoc with engines, leaving pilots and passengers scared out of their minds. 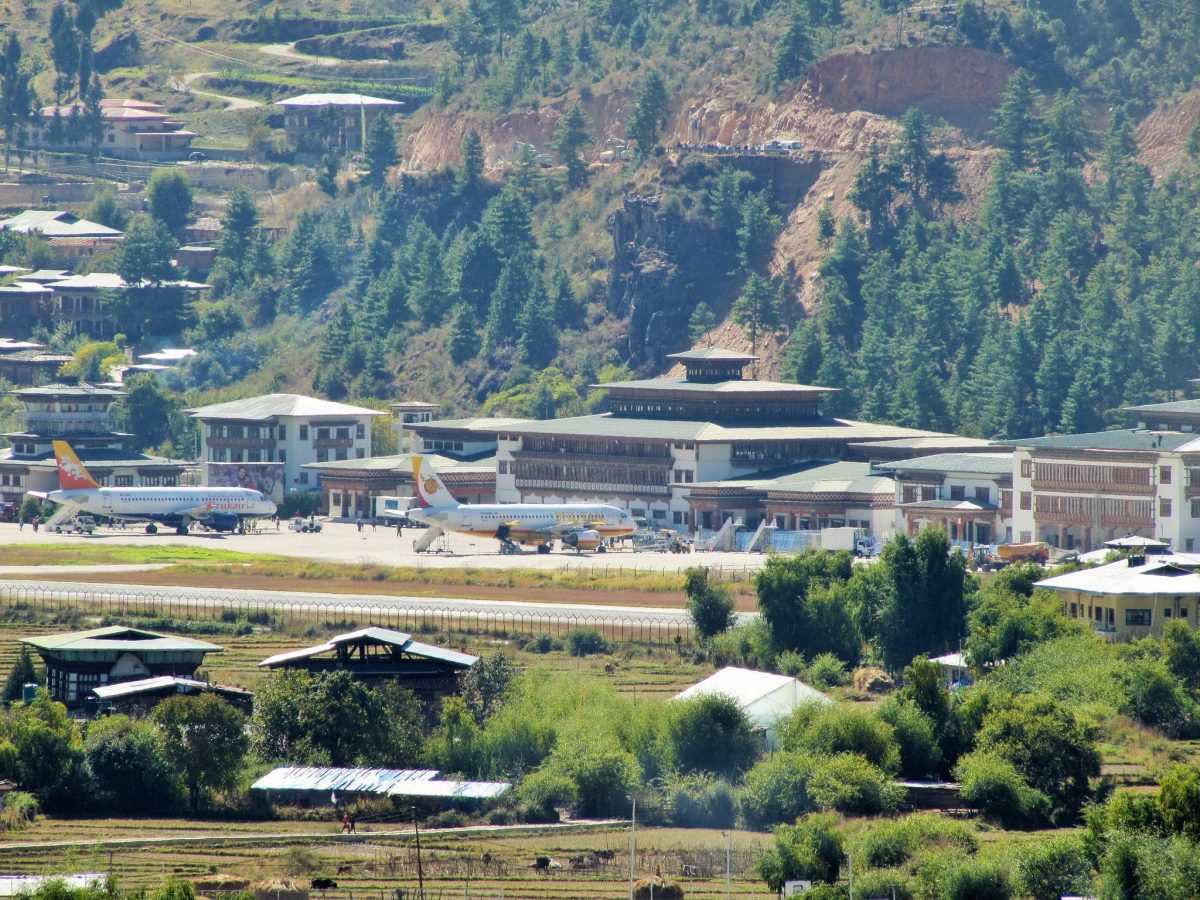 1.5 miles above sea level and surrounded by sharp peaks of up to 18,000 ft tall, Paro Airport is one of the most dangerous airports in the world and only eight pilots are trained to land here. This is also one of the few airports in the world with shorter runway (6,500 feet long) than their elevation above sea level. Nestled in Hiamalaya ranges Paro Airport is located right on the banks of the river Paro Chu.

Get Ready To Fall For Bhutan

With a landing strip as short as only 7,150 feet long, Princess Juliana International Airport in Saint Martin is one of the busiest airports in the Caribbean. While the airprot was built for small and medium planes, jumbos such as A340s and the 747s do land here. The slippery Ice Runway of Antarctica can give you serious chills. While the surface could handle even comparatively big airplanes like Boeing 757, the trouble may occur while the aircraft is stopping as the wheels may break the ice crust and submerge in the ice. Winston Churchill Avenue (the main road heading towards the land border with Spain) intersects the airport runway, and consequently has to be closed every time a plane lands or departs. The History Channel programme Most Extreme Airports ranked the airport the fifth most extreme airport in the world. A short-runway international airport situated in the wide shallow bay in the island of Barra, this airport on the edge of the Atlantic Ocean, is voted the world’s most stunning landing spot. The airport is unique, being the only one in the world where scheduled flights use a beach as the runway.

Explore These 7 Astonishing Places In Scotland

Located in the remote Saba Island, Juancho E. Yrausquin has the world’s shortest commercial airport runway at 1300 feet in total length. The runway has mountain slope on one side and the water on the other. The airport is officially closed to traffic but regional airline propeller aircraft are able to land there under special waivers.

These were seven most dangerous airports in the world and I always find it exciting to know about such interesting travel facts. Unravel The Travel: Answers To Your Travel FAQS
March 27, 2016