Rated as the most festival-oriented city in the United States of America, New Orleans is simply unique. Either for its multilingual heritage, strong Spanish and French influences and the widespread celebration of Mardi Gras and jazz, NOLA holds a spirit of life like no other. It was found and established by French colonists and named after the Duke of Orleans; this French background is upheld and respected till date through the cuisine, festivals and architecture found in the area. Additionally, enough cannot be waxed on the spectacle of the Mardi Gras Festival, which is surely etched upon the heritage of the city.

Sure you have to attend the festival of Mardi Gras that may last for two weeks. The weekend before Fat Tuesday is the most advantageous time to visit NOLA, as the best parades of the season will be conducted to your amazement. The dates of Fat Tuesday vary every year as it is dependent on the dates of Easter Sunday but it is highly likely to fall between the months of February- March.

English would suit you well, as it is still in America, but there are a variety of languages such as Spanish, French and particular Louisiana Creole French that are rooted into the city’s rich history.

The best way to commute between different attractions would be via taxi or streetcar. Walking would be preferable if you’re in compact areas and the central district. 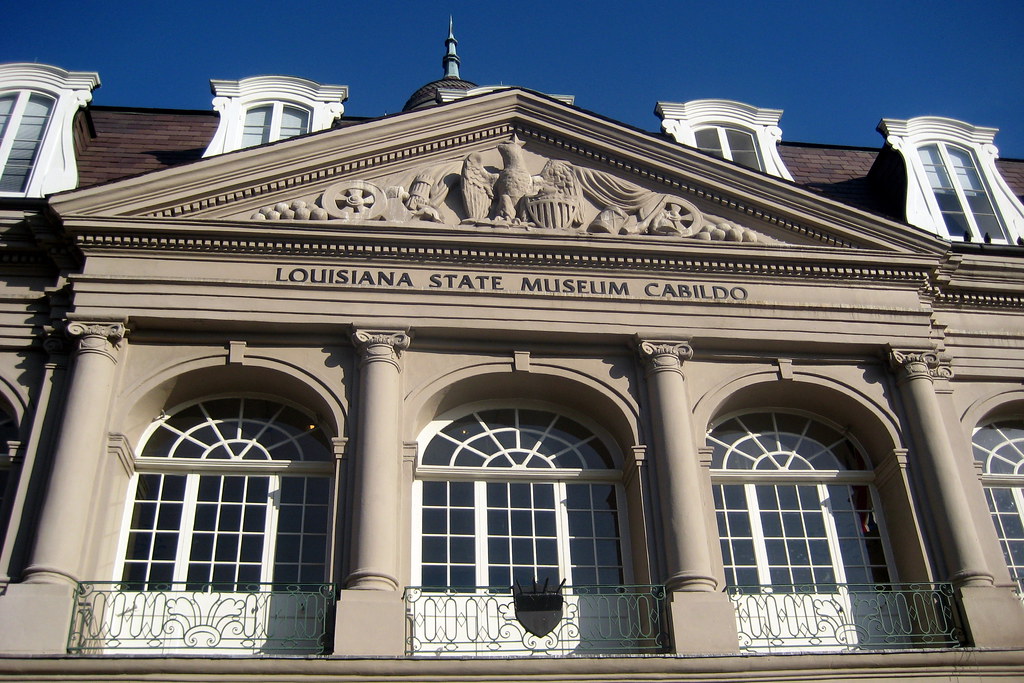 Begin your first day by heading to the Cabildo. It is one of the many buildings in the Louisiana State Museum.  It holds thousands of artifacts and stunning relics of the past that has built the festive city. Depicting various scenes of its establishment and its role in the Civil War, as well as the lifestyle of the people in the nineteenth century, a guided tour should give you some much-needed context upon which you are journey through its neighbourhoods. While you’re in the area, check out the exterior of the Presbytere or the Arsenal, similar buildings that have been recorded into the history. 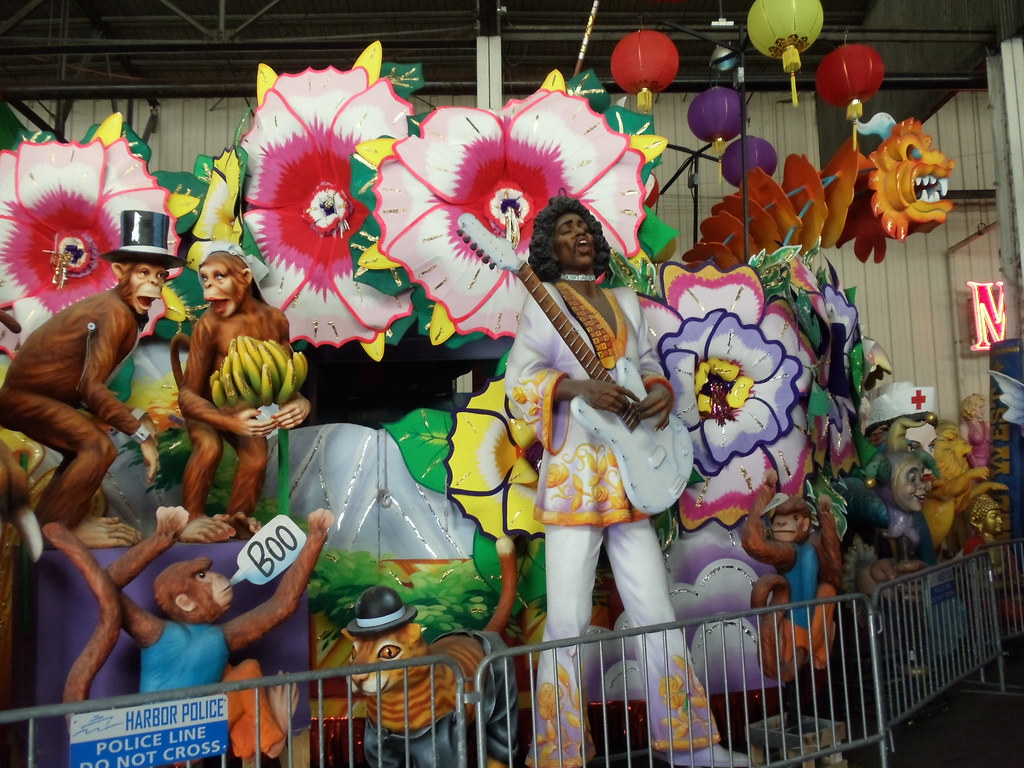 After you’ve had a fill of the history, prepare yourself for one of Mardi Gras’ enticing parades by going to Blaine Kern’s Mardi Gras World. This studio has been arranging tours for the public for seventy years so we are able to learn about what it takes to create and run one of the most colourful festivals in the world. Here you can be enthralled by the throngs of artists working on the floats that are featured in the parades.

NOLA cuisine has always been adored by Americans for the bags of flavor, richness and cross-cultural influences in every single dish. No way better to discover its cuisine than a class at the New Orleans School of Cooking. Arrive hungry and let the instructors guide you into cooking an authentic meal for yourself, such as gumbo, jamabalaya or any other type of cajun delight. Not only is this a learning experience but a very rewarding lunch!

Los Angeles Attractions: See What It’s All About 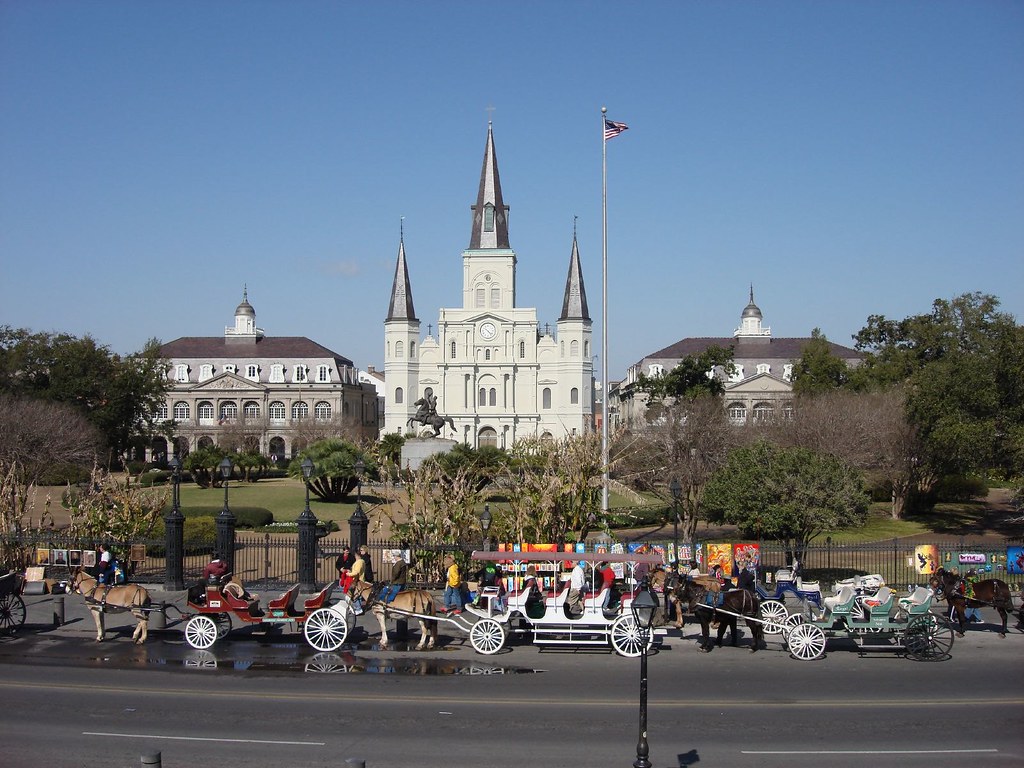 Here you can explore the vivid and oftentimes disturbing history of the city as it had been a battleground, a weapons’ square, a venue for public execution in the past. However, currently, it has become a mainstay for the best casual artists, painters and musicians of the city. Definitely check out the artists at work on the square and consider getting your own portrait done if you’re up for it. There are a number of street performers such as magicians, jugglers and mimes.

If you stop over to admire their craft, do not forget to tip them as this is ingrained into the culture of NOLA. Across the main street, Cafe du Monde offers a specialty coffee prepared with warm milk called cafe au lait as well as a popular breakfast dish of beignets, which is essentially deep-friend choux pastry served with sugar or cinnamon on top. These are dishes with immense cultural significance in the city, so do not hesitate or forget to consume them.

Three minutes away from the Jackson Square is the scintillating locale of French Quarter. The most historical district of the town, the French Quarter is brimming with an exciting energy unparalleled by anything else in the States. It’s glamour is best experienced in the night when it is jumping with lights and shows.

The magnificent architecture is a steady reminder of the Spanish rule over the city, that has likely spawned its own share of identity through its classic buildings, shops and customs of singing, dancing and food. Be sure to stroll along Bourbon Street, shop at the New Orleans Flea Market, and take a carriage through the neighbourhood.

Have your dinner at the Palace Cafe, where you will be privileged to consume some of the most delectable dishes of the local cuisine such as the garlic gumbo, a thick soup filled with tons of vegetables and meat, or dessert bananas, another kooky dish widely enjoyed by everyone.

Must Visit Cities In Spain 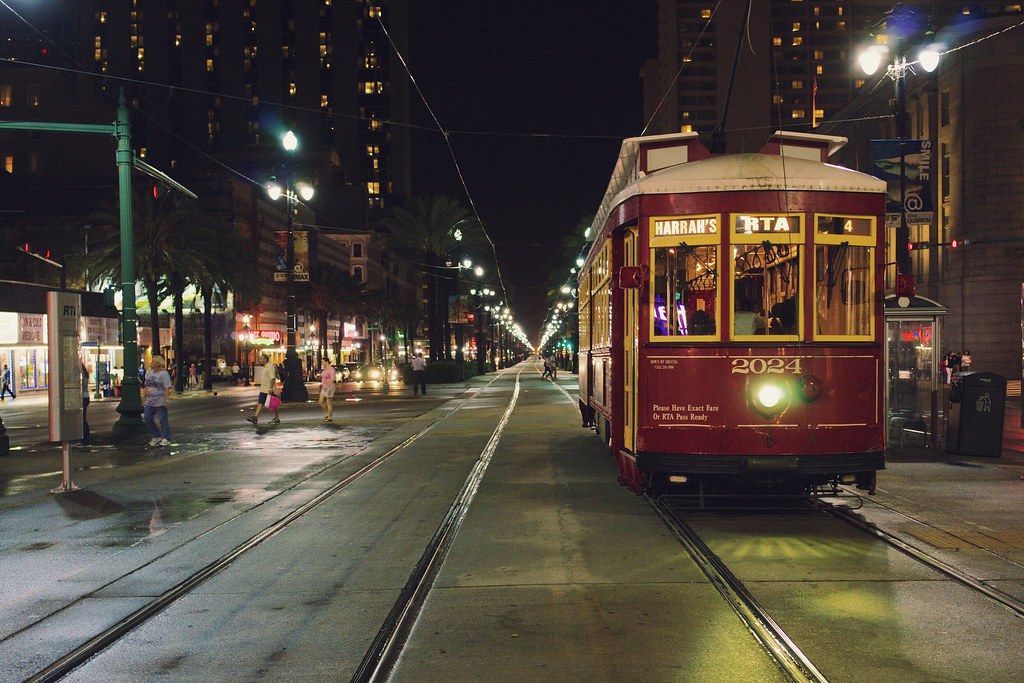 Hop on a streetcar that would take you around the city and intimate you with the some of the loveliest daytime locations. The streetcars themselves are opulent and possess an identity of their own, with their polished mahogany seats, brass fillings and elegant windows. The route through St. Charles Street in particular is effervescent for its slot of sophisticated mansions, galleries and the live oak trees.

Hours: 24/7, with six-minute intervals during the day 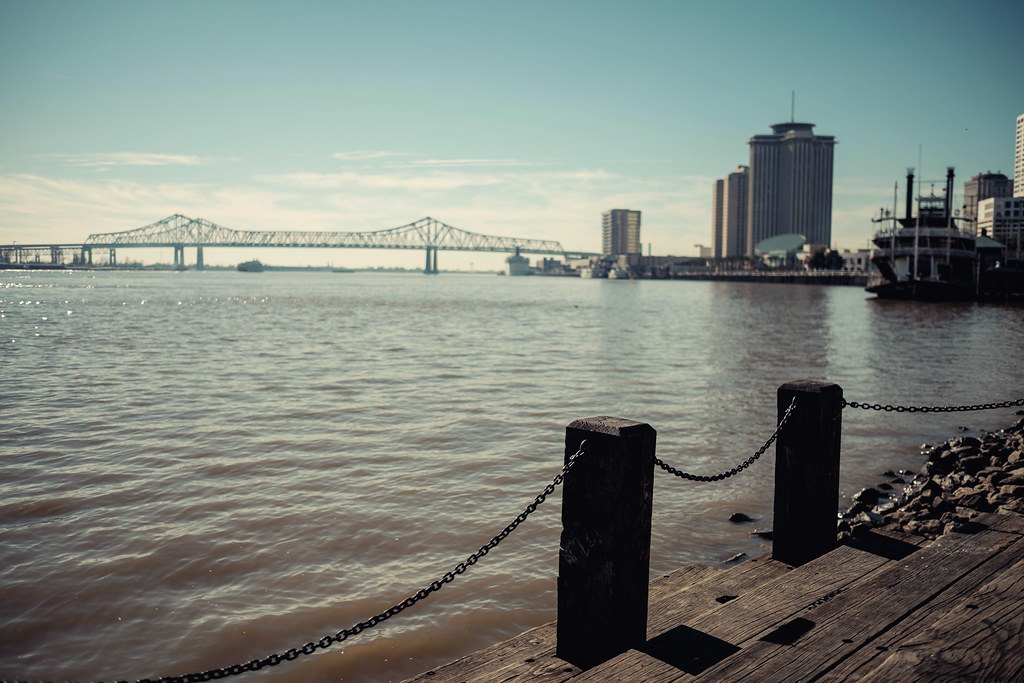 After the streetcar, treat yourself to the beauty of the port. Here in the waterfront, you can relax and listen to the sounds of the oceans. You can watch the ships docking in and out of the harbour as you picnic by the grass. You can even opt for biking or walking along the park. There are multiple statues, street performers, buskers and a wedding or two against the wondrous landscape of the river. There is also the Audubon’s Aquarium of the Americas and an IMAX theater should you choose to extend your stay here.

Have your lunch by the waterfront at Landry’s Seafood, where they have some exquisite seagood such as shrimp and codfish. But while you’re in the area, take a few pretzels and pralines from the Southern Candymakers, as they are a mainstay in the food culture of NOLA. 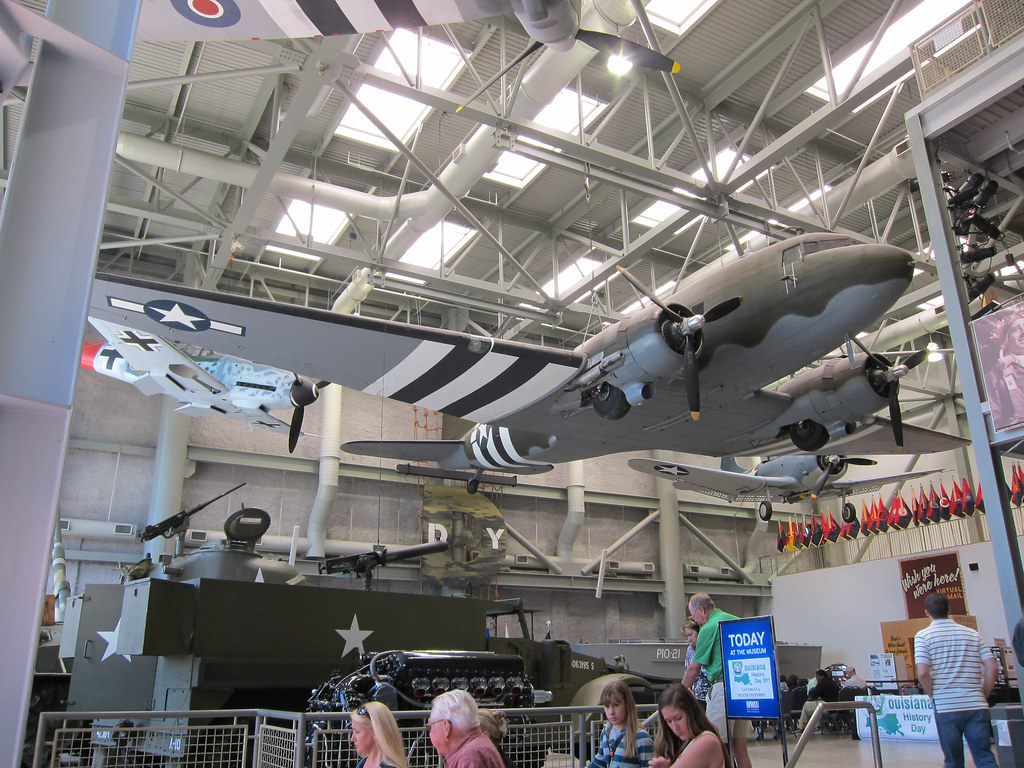 The famous National WWII Museum boasts several fascinating exhibits on items and articles that survived the Second World War, like remnants of planes, letters, film, models and recruitment posters. Some notable exhibits include Campaign of Courage, US Freedom Pavilion and the Louisiana Memorial Pavilion. 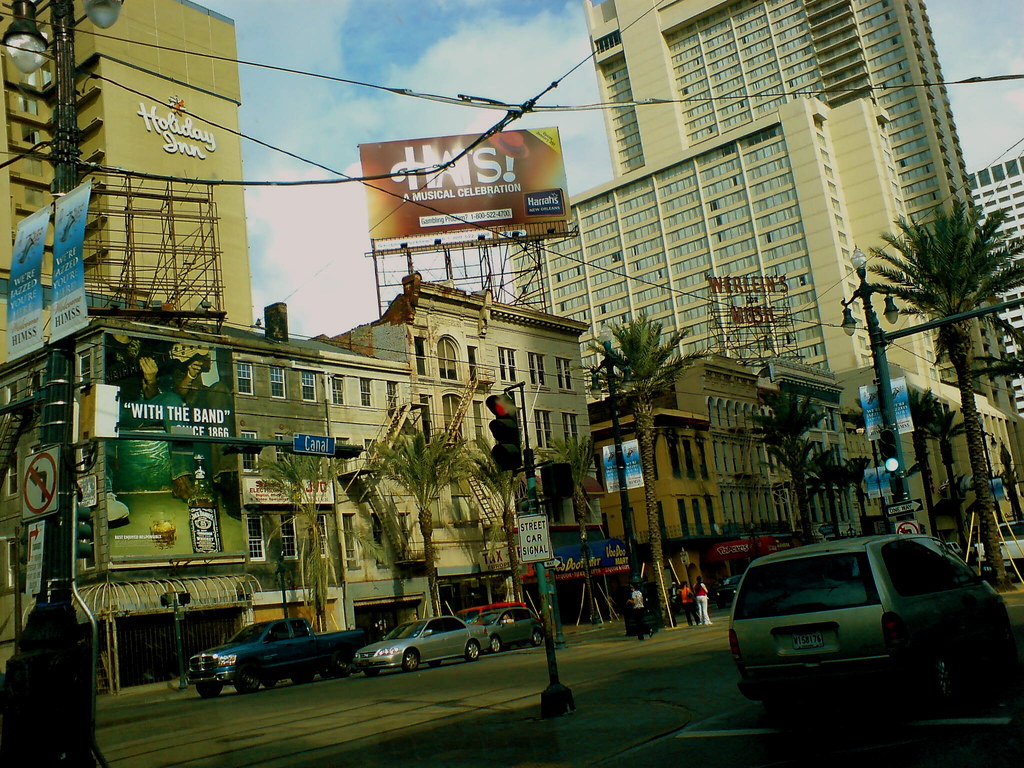 The Warehouse District of NOLA is the commercial part of the town and will cater to your shopping interests in plenty. There are numerous boutiques, halls, shops, markets, bar and restaurants that are sure to excite you. Magazine Street, in particular, will contain pockets of stores selling unique local items as well as designer products. Additionally, Royal Street is known for the number of art galleries and antique stores situated in it. Be sure to roam around these streets with enough time to spare! Finish your night by having some fulfilling, flavoursome and incredible sandwiches at Domilise’s Po Boys. 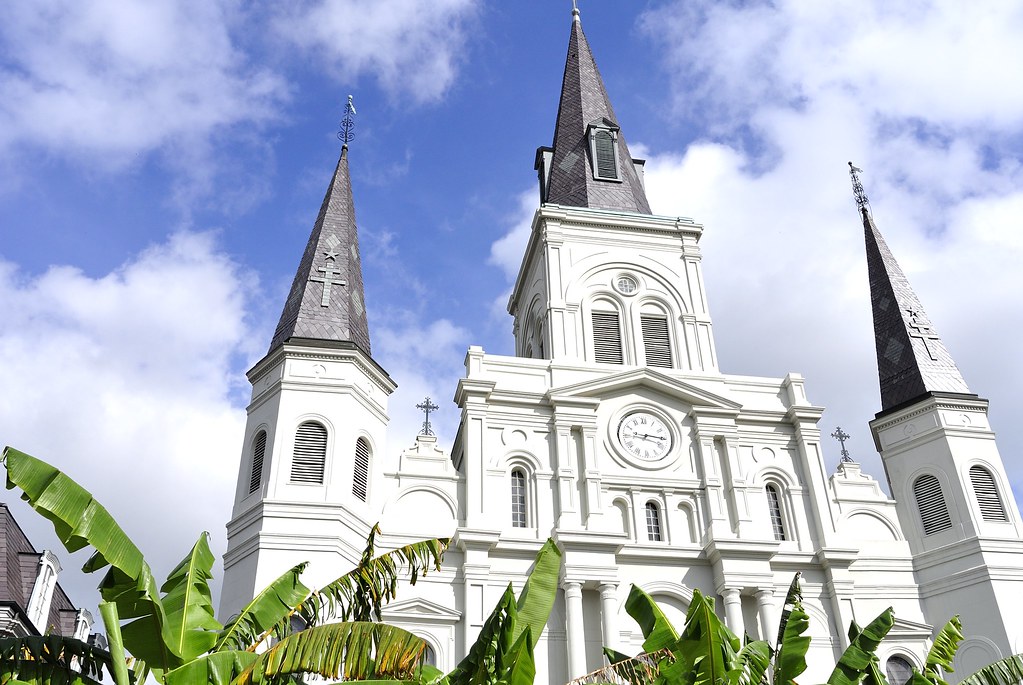 Begin your day with an auspicious view of the St. Louis Cathedral. Many tend to forget the religious stronghold of the city against the culture of indulgence and revelry but attending a mass at the church or simply an interior tour would put you in touch with the calm that is just as essential to the NOLA. It is the oldest cathedral in all of the United States. Due to the role it has had over the years to servicemen, rulers and the elite, it is the subject of many a ghost haunts.

The cemeteries of NOLA have always thrilled the locals and tourists alike. Many of them considered to be haunted, they are associated with tales and myths of supernatural, witchcraft and extraordinary feats. All of the graves in these cemeteries are above-ground vaults, making them architectural works as well as areas where one can pay homage to the fallen people of NOLA. I suggest a walking tour, as it will give you more insight into the people who have been buried as well as the myths believed about the area. What a resonant experience indeed!

Have your lunch at a renowned local institution where you will be fortunate to treat yourself to the best seafood in town: Acme Oyster House. 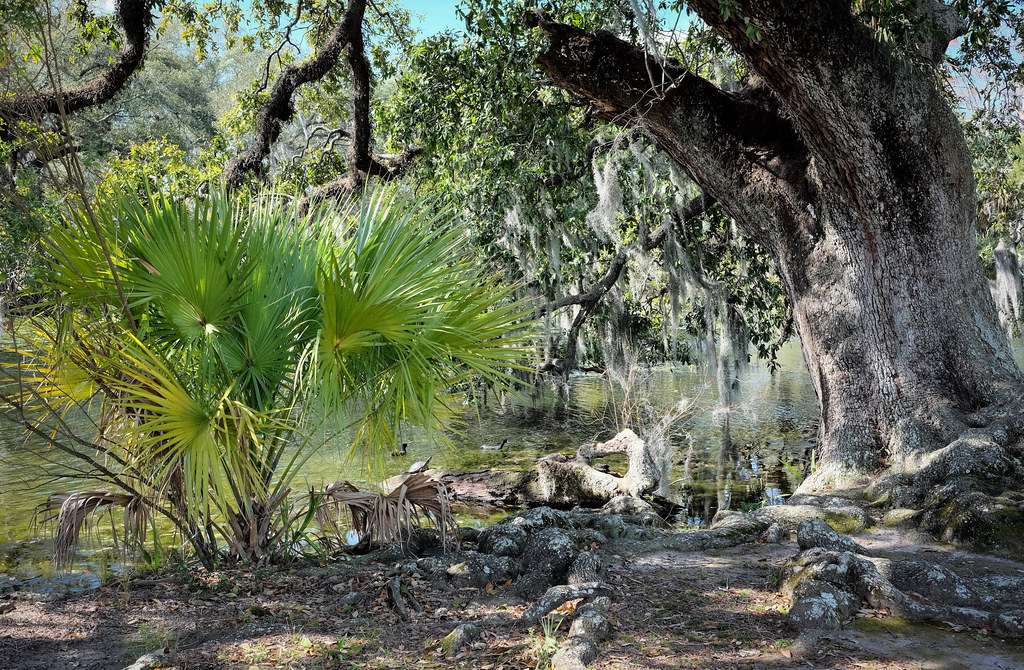 Spend your late afternoon at the City Park as you will want to sustain yourself for the parties of the night. The City Park is a massive free space in which you and your family can relax under the oaks and the moss canopies. If you’re lucky, you might be able to catch a concert or dances that take place in the park so very often. There is the Botanical Garden where you will find the most varied culture of plants and flowers as well as the Besthoff Sculpture Garden which is sure to enchant you with its elaborate sculptures. 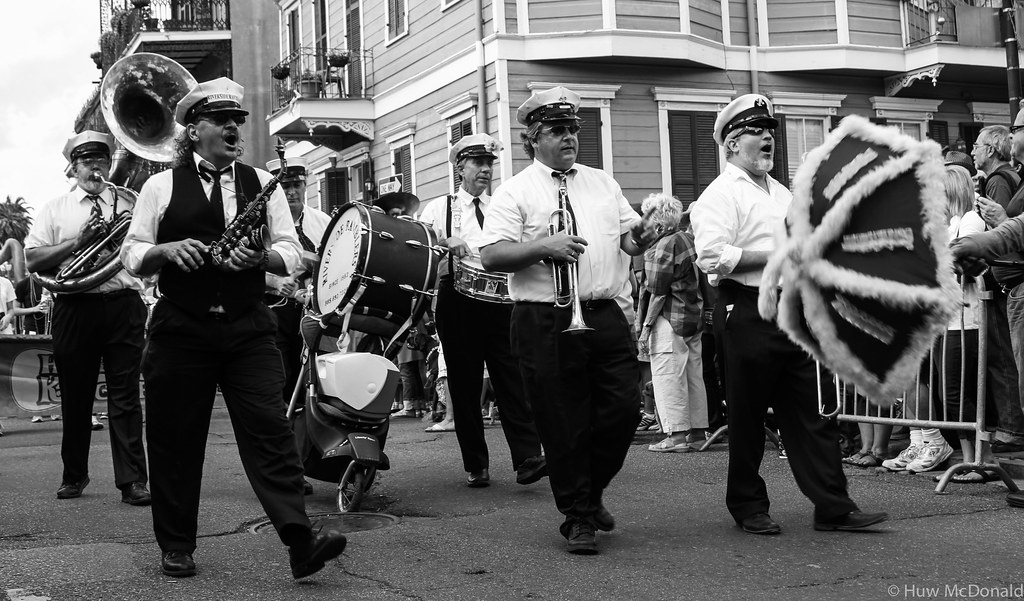 NOLA is known internationally in the music circuit as the birthplace of jazz. It is indeed mandatory that you explore the venues that provide the best there is in this genre of music. The Frenchmen Street has numerous live-music venues such as Spotted Cat, Snug Harbour where you will lose yourself in the beauty of jazz music. Have your dinner at the Adolfo’s, where you can sumptuously eat a delicious Creole/Italian meal. A personal favourite is the trout! 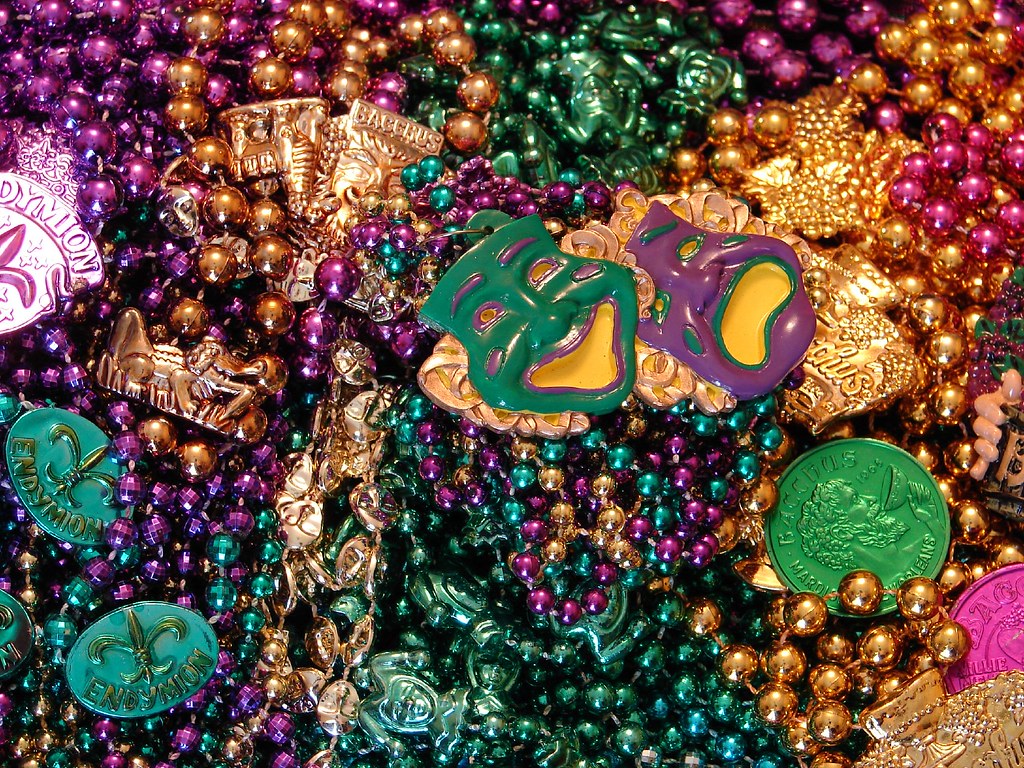 If we’re talking about New Orleans, we cannot leave out Mardi Gras. This festival is the heart and soul of the city and it is during those glitzy parades that the city comes to life. During the season, linger around Canal Street or Lafayette Corner to watch the parades and admire the colours and spirits of the people marching in it. Some famous parades include Endymion, Bacchus and Orpheus. 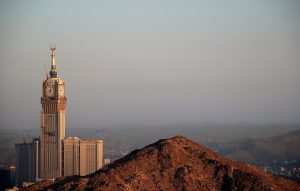