Mysteries stimulate our imagination. We live in a world where we try to come up with an explanation for almost everything.

India is full of bizarre events, strange stories and terrific true tales. Almost every monument from history and every piece of natural beauty in India is a miracle to behold. Here is a list of ‘Believe-it-or-not’ facts to make us wonder in disbelief.

Located in a small town called Lepakshi in Andhra Pradesh, India, one of the most interesting thing of the Veerabhadra temple is that of the suspended pillar in the main hall. The pillar does not rest on the ground fully and it is possible to pass objects such as a piece of cloth or thin sheet of paper from one side to the other. Nobody till now is able to decipher the mystery behind the hanging pillar.

The Tale of Twins at Kodinhi, Kerala

Kodinhi is a remote and sleepy village in Kerala’s Malappuram district. The presence of more than 500 twin siblings of different ages in the village with a population of 2000 families still remains a riddle for the scientific world. As the facts suggest otherwise- the national average of twin births is not more than 9 in 1000 births. An international team of genetic researchers are trying to find the answer to this bizarre phenomenon.

The Curse of Talakad, Karnataka

The once spectacular temple town of Talakadu is buried deep underneath heaps of sand and the place now appears like a desert. The temples have been unearthed many times, but the sands fly back to hide the temples under the dunes. As for Malangi, the swirling whirlpool of Cauvery remains dangerous to this day. According to the legend, it is believed that Talakad was cursed by Alamelamma, a widow before her suicide.

Must Visit Cities In Karnataka

Shani Shingnapur village in Maharashtra is globally famous for it’s houses, which do not have doors and locks including its bank. The residents see no need for their security, as they believe in Hindu deity “Shani”(planet Saturn) will protect them. In addition to this, not a single crime has ever been reported here.

The construction of ‘Bada Imambara’ palace is the product of uniquely blended Arabic and European architectural brilliance that’s well known for it’s gravity resistance. Built without using any metal and wood, it is the largest unsupported construction in the world and is around three stories high. Stories say that architects and courtiers have worked during the nights in secrecy, so that the work method couldn’t be identified by anyone.

This Indo-Chinese (disputed region) low ridge pass in the Himalayas is rumoured to be frequented by UFOs. There have been countless sightings of unidentified shuttles or saucers hovering about the region, which clearly indicates the possibility of the topsy-turvy anecdotes being true. There could be underground UFO bases deep in the tectonic plates.

Amidst all the beauty lies a paranormal mystery in Dumas beach, which awaits to be discovered. Some say that the evil spirits attributed to the formation of black sand and made it a haunted spot. However, many claim at night, the beach takes on an eerie vibe where visitors claim to hear strange noises and voices, and loud laughter. And also, many tourists are known to go missing while strolling on the beach at midnight.

On this particular part of the Srinagar-Leh highway, you would clearly see the road going uphill. Turn off the engine and let your vehicle stand in neutral, it will slowly start moving and can go up to a speed of 20 kms per hour on its own. Mysterious, Isn’t it? Here, tagnetic force is so strong that it can pull cars uphill. Even the aircraft that fly over this region raises their altitude in order to avoid magnetic interference.

The Jwalaji temple in Shimla is a Siddha peeth that is said to be built in the honour of Sati. The flame burns flawless and in blue colour since the very first date of its known history. Mogul chakravarthi Akbar even tried to extinguish this eternal flame, but failed to do so. The reason behind these natural flames couldn’t be found even today.

Dedicated to Lord Kartikeya, the temple in Tuticorin district was built around 1000 years ago. And when the tsunami hit the southern coast of India, the waters destroyed everything but actually receded at the site of the temple, without touching the premises. An old inscription on a stone tablet in the temple proclaims that Lord Varuna promised Lord Kartikeya that no harm will come to the temple due to the rage of the sea.

The Ghost Lights of West Bengal

Frequently referred to as ”Aleya lights”, ghost lights are unexplained glowing lights of various colors reported typically by local fishermen in the marshes of West Bengal, India. Some fishermen died out of shock and extreme fear after seeing the moving lights. The locals in the region believe that such eerie nightly hovering lights may be apparitions. Some explanations for this phenomenon are that glowing nightly lights could be because of ionisation of methane. Well, we still don’t know.

Snakes are welcomed in Shetpal, Maharashtra

We all know that India is famous for the iconic snake charming art. However, this uncanny village in Maharashtra has regular strange guests. Surprisingly, there has been no major incidence of cobra bites and death in this village, not withstanding the fact that these reptiles move around the houses freely as if they were members of the families. Folks here do not kill them nor do they live in fear. Don’t know how!

Jatinga is well-known for an entirely different reason – its Bird Mystery, that occurs at Jatinga between September and November each year. Hundreds of birds descend from the sky, plunge to their deaths by crashing into buildings and trees. But, it isn’t clear why the birds fly at night, or why they get voluntarily trapped at the same place every year. For many years, locals believed that evil spirits living in the skies were responsible for bringing down the birds.

‘Mano ya na Mano‘ Lot of things are actually beyond the scope of science. Either way, humans will continuously push the boundaries of knowledge. Perhaps, the urge to solve an intriguing mystery is just part of our human nature, encoded in our DNA, to make sense of the world.

Say Hello To The Shadows! Scariest Places In The World 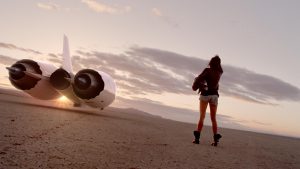 Tips to Make You the World’s Finest Traveler
September 11, 2016 Vacations According to Zodiac Signs
July 27, 2016

Amsterdam Forever: A City That Never Runs Out Of Style!
August 27, 2017