Life can never be monotonous for a traveler because this world is so diverse and unique, every place has a different view to offer, unique story to tell. We have compiled a list of some ten extraordinary places to visit before you die.

An ecological theme park located in the Maya Riviera, Xcaret offers you an exciting opportunity to live the experience of being driven by freshwater streams! This activity is for the whole family and has the comfort of a lifejacket with which you can float gently along the Underground River. The spectacular Red Lotus Sea or Talay Bua Daeng is a flower-filled lake just outside the northeastern city of Udon Thani, near the Lao border and it is home to millions of lotus flowers. January and February are the only months of the year where flowers cover the surface and it is during this period that when the official “Red Lotus Sea Festival” occurs. Located on the Colorado Plateau in northern Arizona, Vermilion Cliffs National Monument is a remote and unspoiled, 280,000-acre Monument that contains a variety of diverse landscapes from the Paria Plateau, Vermilion Cliffs, Coyote Buttes, and Paria Canyon.

The park has two miles of beach front, with coastal hiking and a 50-foot climb to a beautiful view of the Pacific.

Seeing the lava up-close-and-personal leaves an impression that few people ever forget. Since 2007 a surface lava flow from the Kilauea volcano has been flowing in the Kalapana district. The lava flow activity and location changes daily.

During daytime an impressive plume can be seen, but the view is truly breathtaking after sunset, when the glow of the lava can be seen against a background of stars.

Glass Beach is a beach in MacKerricher State Park near Fort Bragg, California that is abundant in sea glass created from years of dumping garbage into an area of coastline near the northern part of the town.

The Taiwan Lantern Festival is an annual event hosted by the Tourism Bureau of the Ministry of Transportation and Communications in Taiwan to celebrate the Lantern Festival.

The Salar serves as the major transport route across the Bolivian Altiplano and is a major breeding ground for several species of flamingos. It is the world’s largest salt flat, located in Bolivia which attracts huge number of tourists and photographers all throughout the year.

World Cultural Heritage Kyoto Daigoji is Buddhist temple with scenic grounds that include a pond, gardens & a 5-story pagoda, plus a museum. A Shingon Buddhist temple in Fushimi-ku, Kyoto, Daigo-ji is devoted to Yakushi. The Grand Prismatic Spring in Yellowstone National Park is the largest hot spring in the United States, and the third largest in the world. 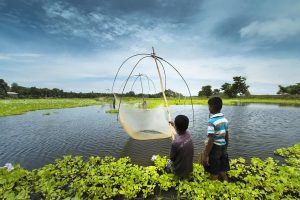 Most Scenic & Culturally Rich Places To Visit In Assam
March 22, 2018 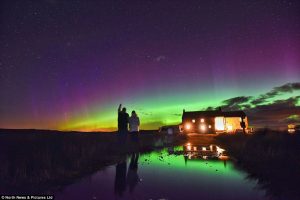 5 Best Places to See the Northern Lights This Year
October 27, 2016