The most interesting thing about places like Buenos Aires is the coming together of time periods in sync with the changing climate in terms of attitude. What we end up receiving as heritage is the Latin American spirit embellished upon by their past and present to throw spotlight on their aspired future.

Buenos Aires has its quirks and eccentricities that make it a fusion of cultures unlike any other. From the thought for food, to sexy Tango moves, and a metropolis that surprises its on inhabitants every single day, this Argentinian capital is a must see place on every traveller’s bucket list.

Here are the reasons why you must Buenos Aires right now!

Grammar, rules, restrictions with regard to Football don’t make sense. Football is a living, breathing Argentinian screaming with an indescribable fervour for the sport. It’s a devotion very similar to the one Indians experience during a cricket match. Fancy a seat in the River Plate stadium or La Bombonera? You may just have to fight for it.

You maybe walking down a boulevard and turning a corner when you’d find yourself becoming audience to a fascinating street performance by Tango dancers. This sensuous dance form has been often described as ‘making love in vertical form’. It’s easy to decide whether you’d like to take Tango for a spin or let Tango take you for a spin in the streets, or cafes or dance events that consistently take place around the city.

Business Insider claims that dulce de leche is even more creamier and more delicious than Italian gelato, and I’d have to concede to this claim. This luscious delicacy is waiting to take you to paradise.  Moreover, Buenos Aires has been touted to be the greatest provider of the greatest steaks in the world. Argentinians take their meat very seriously, and that is reflected in their food as well! Try a bife de chorizo in a Parilla (steakhouse) and prepare your mind to be blown to another world.


Because The Night Is Still Young

The inhabitants of Buenos Aires live by this statement. Restaurants open at 9pm, bars at midnight and clubs at 2am- and the scene is wild. One rarely thinks of a party that doesn’t go on until sunrise. Whether it be an EDM night or night/early morning dedicated to the blues, Buenos Aires is always partying, always dancing, always singing.

From being a home to the world’s widest avenue with (9 de Julio Avenue) with seven lanes on both sides (!!), to also housing under its banner Teatro Colon (one of world’s best Opera houses). Buenos Aires is a fast growing cycle friendly urban landscape. Furthermore, quirky thought into making wide footpaths, with rounded corners (so that you don’t run into someone and break your nose) and a colonial presence but with a uniquely Latin twist. This is a city that thrives and never lets go. 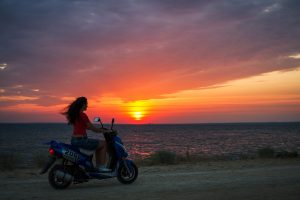