Situated at a height of 3,800 meters in the Spiti Valley, Dhankar Monastery was made as a fort monastery on the Central Tibetan pattern. Dhang or dang means cliff, and kar or khar means fort. Therefore the word Dhangkar means fort on cliff. Built with traditional things like mud, stone and timber, this place gives a really amazing vibe to the people visiting it. One of the most beautiful monasteries, Punakha Dzong looks really fascinating when walls are adorned with lilac coloured jacaranda tress. Amazingly, all the kings of this country were crowned here in this monastery. It is 180m long and 72m wide. The central tower of the monastery is six storeys high andd the gold dome on it was built in 1676 which gives a really royal touch to the place. A Tibetan Buddhist monastery situated at a height of 4,166 metres above sea level close to the Spiti river.  It is also one of the biggest monasteries  which is also a religious training centre for Lamas. The walls of this place are filled with paintings and murals which give a 14th century look to the monastery.

Reasons You Should Visit Bhutan Now! Also known as the Tiger’s Nest, Paro Taktsang is a Himalayan Bhuddhist sacred site. It is located on the cliffside of the upper Paro Valley in Bhutan. This monastery is popular for the thirteen taktsang or Tiger lair caves in which Guru Padmasambhava meditated.

Also known as Diskit Gompa , it is situated at an altitude of 3142 metres above sea level. It is believed to be the largest and oldest monastery of Nubra Valley. The monastery is constructed in Tibetan style and boasts of murals and frescos. Standing on the hill above the flood plains of Shyok River, the monastery looks really fascinating. 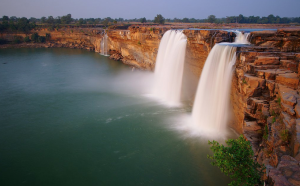