Architecture is the art that has given a face to the modern world we live in. It has stood the test of time, mesmerising human race since ages. If you are someone who eats, sleeps, breathes architecture, then here are 5 cities you totally need to be at !

Rome is known around the world for its magnificent architecture – the arches & the domes.  The ancient romans produced some of the best architecture the world had ever seen – the old structures still stand today, in all their glory. The grand Colosseum, the baths of Caracalla, Park of the Acqueducts, Piazza Navona, Castle Sant’ Angelo, Fontana di Trevi,  Basilica San Pietro, Pantheon and Trajan’s Forum are some places you need to visit ! The mesemerising renaissance & romanesque structures will take you to another time altogether !

Book a flight to Rome. Home to some of the best architectural wonders of the world, Vienna is also known as the “City of Music” &  “City of Dreams”. The capital city of Austria, rich in musical legacy, culture & heritage is known for its majestic palaces & great museums. Some of these places are Schönbrunn Palace,  Stephansdom, Imperial Palace Hofburg,  Albertina, City Hall  & Belvedere. Istanbul, a beautiful historic city located in Turkey, is a place every architecture lover will fall in love with. It is home to breathtaking historic architecture with a heavy influence from the four empires that have ruled over the place. Structures like Hagia Sofia, Hagia Irene, the maiden’s tower, Galata Tower, Sultan Ahmed Mosque & Dolmabahçe Palace are a few amongst many others that will sweep you off your feet. A beautiful amalgamation of cultures is evident from the churches & mosques made by the various rulers.  The beautiful intricate designs & islamic calligraphy on the minarets are a delight to see.

One of the best places in the world for architectural wonders, Barcelona is filled with buildings inspired by Art Nouveau, an elaborate decorative style full of flowy & curvy flower motifs. Various styles like modern goth, modernisme, stonework, ironwork, stained glass, ceramic & oriental techniques are present in abundance here. This is definitely one of the best cities for architecture lovers!

Book a hotel in Barcelona.

Every building here has a story, a little bit of history. A wonderland for the architecture lover, Florence has some of the greatest, most impressive renaissance work. There is so much to see, so much to fall in love with – Basilica of San Lorenzo, Basilica of Santa Maria Novella, Palazzo Pitti, The Bargello, Palazzo Vecchio, Piazza della Republica, to name a few. This place casts a spell on you that is hard to break! Prague is the capital city of Czech Republic – known for its relaxed drinking culture. Nicknamed as the “City of a hundred Spires”, this place is also immensely rich in heritage – full of jaw dropping architectural wonders! The breathtaking St. Vitus Cathedral, Prague Castle, Prague Museum & the iconic Charles Bridge are some of the major attractions that you must explore. Built in Romanesque, Gothic style – Prague sways you back on a tour to the most colorful time of Europe where you get to peacefully stroll along compelling baroque styled buildings and intense Gothic architecture!

Another interesting post: Most Lively Cities In The World! 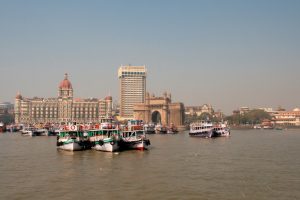