“It is impossible not to be astonished by India”.

No other nation has such a concoction of culture, people and beliefs. From Kashmir to Kanyakumari, every bit of her is peculiar and leaves you in awe. The moment you step off a plane,  you could have an encounter with a cow on a busy street or cacophony of an impatient horns might vex you.

Dust, dung and smoke everywhere might put-off your hope of experiencing the monastic wonderland. But, this wavers so fast, that every moment in India blows you up with the distinctive stream of life. Here are some of the lesser known and mind-blowing facts about India that will hit you like a thunderbolt.

Not just humans, cows too have ID cards

Shocked? Cows in India have always enjoyed the special status. In West Bengal, in order to stop smuggling of cows to  neighboring country Bangladesh, ID cards were being issued since 2007.

Varanasi has a hostel where people come to die

People check-in  themselves in to ‘Mukti Bhavan‘ , to breath their last, which they believe frees them from the cycle of life and death (“Moksha“). All they have is two weeks to die or they’re asked to move on to make way for others.

Book a Hotel in Varanasi

There are people who mourn birth and celebrate death

On the contrary to rest of the world, the gypsy tribe (“Satia“) of Rajasthan mourns if a child is born and celebrates when someone dies. The tribe believes that life of a Satia is God’s curse and death is celebrated as the person is free of the curse after his/her death.

With one foot in the Vedic period and other in 21st century Mattur, a village in Karnataka where residents still converse in the classical language of Sanskrit. The villagers eagerly took part in preserving this ancient language back in 1981. Now, Sanskrit is the primary language of Mattur.

The last people to remain virtually untouched by modern world

Sentinelese, the people of North Sentinel Island in the Indian ocean greet with arrows when someone tries to communicate. They have violently rejected contact with the outside world several times. They still hunt for food like 10,000 years ago humans did prior to agriculture.

‘Auroville’ an experimental township belongs to nobody, but everybody

Auroville, an international township in Tamil Nadu and in some parts of Pondicherry, contributes in the progress of humanity irrespective of caste, creed, color and religion. Everyone is equal here and people live united. Once you visit this place, you will never wish to come back.

Ancient Hindu temple that was carved from a single rock

1200-year-old Kailasa temple in Aurangabad was carved from a single rock in Ellora. An estimated 400,000 tons of rocks were used to construct this monolithic structure. With bare hands and few hand tools, it is hard to imagine  someone carving such an astonishing sculpture.

5 Temples To Visit Outside India

India having the largest number of post offices is a known fact. But, India’s first floating post office was inaugurated in 2011, Dal Lake, Srinagar. This post office is looked as a tribute to the already beautiful Dal lake.

Even elephants enjoy a spa

It’s time to pamper these biggies! This spa is located in Punnathoor Cotta elephant yard in Kerala. This spa is to revitalize the elephants and keep them in a good shape. Truly, an act of kindness.

The ‘War-Khasis’ a tribe in Meghalaya, hundreds of years ago, noticed the strong roots of rubber plants as an opportunity to cross the area’s many rivers. They still grow the bridges even today and some of them are estimated to be 500 years old. The beautiful thing about these bridges is, unlike the traditional bridges, these get stronger, as they get older.

A Village Without Doors

Shani Shingnapur village in Maharashtra has no front doors including its bank. The residents see no need for their security, as they believe in Hindu deity “Shani”(planet Saturn) will protect them.

A picture of the largest human gathering from space

Over 70 million pilgrims attended Kumbh Mela in 2011, which is held every 12 years on the banks of river Ganges. The picture from space demonstrates the scale of largest human gathering.

The largest river island on the planet

Majuli, in Assam holds the world record for being the largest riverine island in the world. The beautiful island of Majuli is situated on the Brahmaputra river. It overset the record of Marajo in Brazil, to clinch the world record.

The world’s biggest family is in Mizoram

Ziona Chana has 39 wives, 94 children, 14 daughters-in-law and 33 grand children. He lives with all of them in a 100-room mansion amidst the hills of Baktwang village in Mizoram.

Chail is a hill station in Himachal Pradesh. At an altitude of 2,250 meters, Chail is home to world’s highest cricket ground. It was built in 1893 by the Maharaja of Patiala, who developed Chail as his summer capital. Mumbai dubbawalas have been feeding the city for 125 years

Not everyone can afford to eat out. Daily 5000 dubbawalas carry home-cooked food to fulfill the hunger of almost  2,00,000 Mumbaikars, with an error rate of 1 in 16 million. Dabbawalas have won fans around the world, this includes Prince Charles.

A community in Ramanagar, Karnataka, worship dog as a deity and also built a temple to conduct daily poojas. There are two idols in the temple representing the two faces of the animal. They believe that dog deity protects them from all harm.

This Asia’s biggest centuries old spice-den, is located in Delhi, very close to the Red Fort. This market has local, as well as exotic spices. It’s a unique experience for any one to see large quantities of spices. With the spice filled aroma in the air, you can practically taste it once you enter the market.

A lake with hundreds of ancient skeletons was discovered in 1942 at 16,000 feet above sea level. In 2004, it was concluded that they died of severe hailstorm. To reach this skeleton lake, one has to undertake a 3-4 day trek from Gwaldum in Chamoli district.

Located in the Khasi hills in the North East state of Meghalaya, “Cherrapunji” holds the honor of being the “wettest” place on earth. In 1861, highest rainfall recorded in a single year (905.5 inches). However, Mawsynram has been receiving more rainfall than Cherrapunji in recent years.

Love it or hate it ! No matter what, explore India and she will change the way you see things. 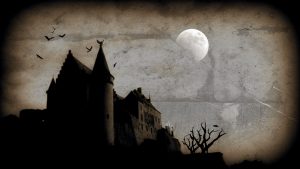 Say Hello To The Shadows! Scariest Places On Earth
November 15, 2017

5 Reasons Why Kerala Is the Perfect Holiday Destination !
May 31, 2016 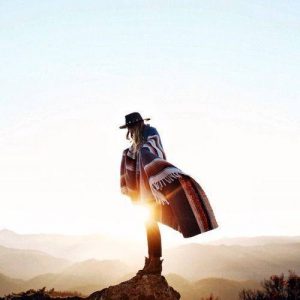