No matter how magnificent a city’s architecture is, book lovers are always on the lookout for libraries wherever he goes. If you also like to be called a bibliophile, then these spectacular libraries will leave your breathless. From a dreamlike library in a monastery in Prague to a classy white giant house in Germany, this world is a wonderful place for book lovers. Scroll down to have a glimpse of world’s most spectacular libraries and the bookworm in you will start itching!

Fun fact: This library has also served as a wedding venue for many many couples!


Most Quiet Places In The World That Can Make You Hallucinate!


Fun fact: Legend has it the Jesuits had just one book when they started building this library in 1622 and by the time they were done, its collection had swelled up to 20,000 volumes!

Book a Flight to Mumbai.

Fun Fact: Originally found in 1173, Strahov Monastery stood the test of time and continued this magnificent construction in 1679.  It has a “compilation wheel” that can turn and spin the shelves so that it becomes easier to find your books without knocking them over!


Fun fact: This one looks like a giant monolithic white cube, but turns incandescent blue after sunset! Shaped as an upside-down pyramid, this dramatic ultra white interior has a five-story reading room with meeting rooms, a café, and a rooftop terrace. Also known as the  “Library for Insomniacs”, patrons can visit even at wee hours to indulge in a small section of material open to readers.

Most Strange & Unique Buildings Around the World


Fun fact: The oldest remaining monastery in Styria, Admont Abbey houses the largest ever monastic library in the world with a lengthy historic scientific book collection.

You only wish you could pounce on all these books at once!

Well, if you are planning to seek a heaven of your own, visit one of these in you get the chancw. Because “A library is the delivery room for the birth of ideas, a place where history comes to life.” 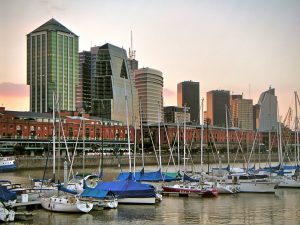 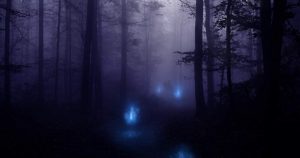